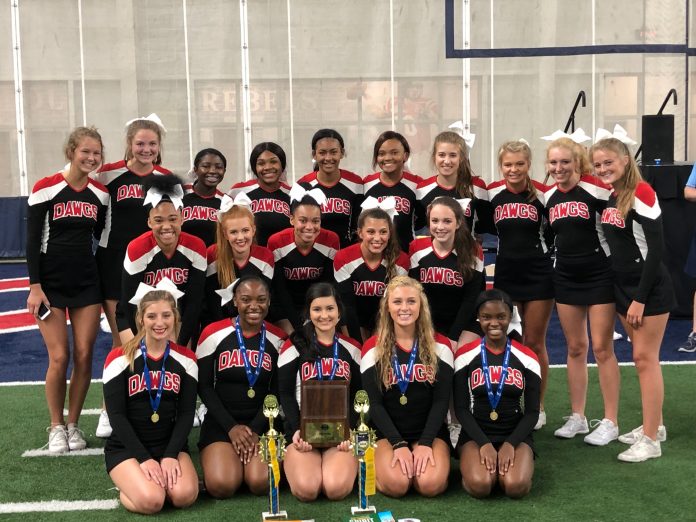 Opelika varsity and junior varsity cheerleaders recently attended UCA camp on the campus of Ole Miss. Throughout the week, both squads received all superior ribbons and a spirit stick each night. Danielle Nichols from varsity and Susannah Couey from junior varsity were presented with the “Pin It Forward” award for demonstrating great character and leadership. Susannah Couey also won the jump off in the junior high division. The entire group from Opelika also took home the Tradition Award which is voted on by all of the camp staff. It is presented to the one team at camp that demonstrates leadership on and off the field.
On the final day of competition, varsity took home first place in sideline and the superior squad trophy, which earned them the opportunity to cheer at the Citrus Bowl. Varsity had all five seniors (India Brooks, Jailyn Dixon, Lily Kucik, Danielle Nichols and Hannah Wilson) make the All-America team. UCA also invited India, Danielle and Jailyn to tryout for staff next spring. The junior varsity took home first place in cheer, second place in sideline and the overall game-day trophy. They also had three cheerleaders (Emma Childs, Leah Bales, and McKay Yountz) make the All American team.