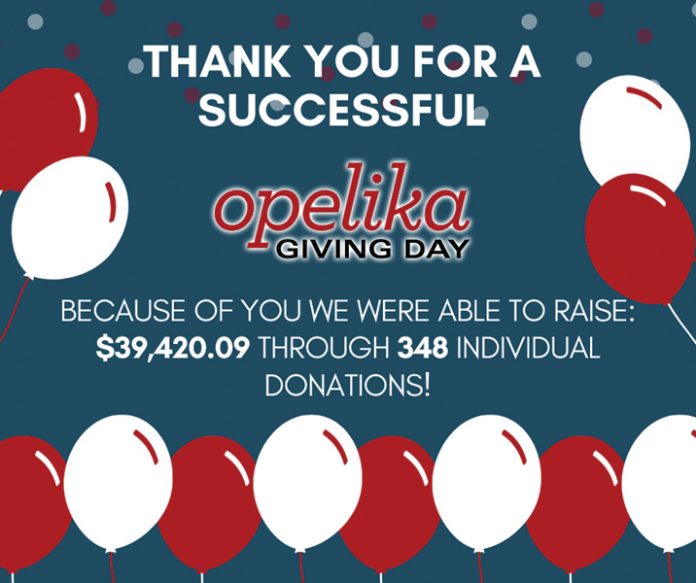 The Community Foundation of East Alabama recently hosted its 2nd Annual Opelika Giving Day on June 3, bringing in a total of $39,430.09 through 348 individual donations. Twelve non-profits throughout Opelika were selected to be highlighted during Opelika Giving Day 2020, and they were all tasked with campaigning and raising awareness on social media.

Todd Rauch the vice president of the Community Foundation of East Alabama, said, “the role of the Community Foundation leading up to Opelika Giving Day was multifaceted. We wanted to give each organization the tools and recommendations they needed to succeed in reaching their goal, as well as teaching them useful practices they could implement on social media to continue engaging with their donors after Opelika Giving Day concluded.” Rauch explained that he hosted Zoom video teleconference meetings with all the organizations and provided them with step-by-step methods on how to schedule posts through Facebook, as well as how to use Facebook’s advertising platform.

About the Community Foundation of East Alabama