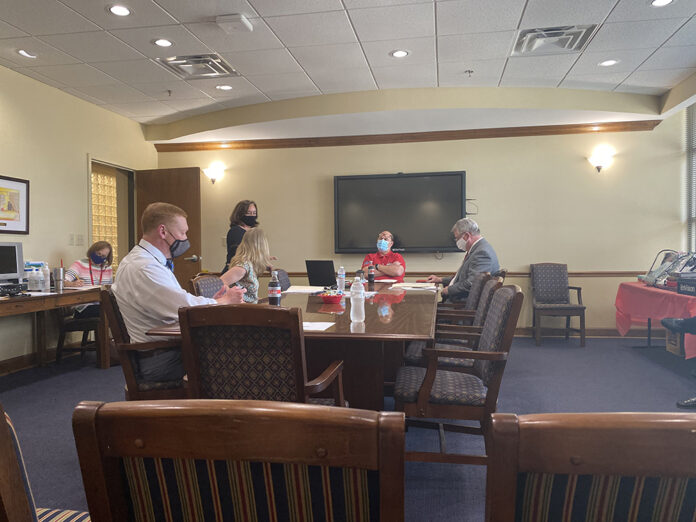 The Opelika City Schools Board met for its regularly scheduled meeting on Tuesday at revealed that the school system is on track, budgeted revenue wise, for the first half of the fiscal year.

Vice Chairman Kevin Royal opened the meeting by approving the minutes from the last meeting and a personnel recommendation addendum.

“We’re in hiring season all year now, but we are getting there,” Superintendent of Opelika City Schools Mark Neighbors said when approving the personnel recommendations.

Then, for what was a brief overall discussion, the board reviewed the financial reports for the first half of the fiscal year ending in March 31.

The report revealed that through the six months, there was an “excess of expenditures over revenues in the General Fund of $184, 836.”

The deficit is by no means alarming as budget General Fund revenue is at 45.4% and budgeted General Fund expenditures are at 46.3%.

Furthermore, the board discussed and approved homebound services procedures as presented at the April 9 meeting.

“I know it’s very meticulous about all the stuff you have to go through to get approved,” Royal said.

The overview details procedures for Opelika City Schools students who are unable to attend school in person “for medical and/or mental health reasons that are acute, catastrophic or chronic.” The overview states that if a student’s anticipated duration of absence exceeds 15 consecutive school days, the student is eligible for homebound services. Students may also be eligible under the Individuals with Disabilities Education Act and Section 504 of the Rehabilitation Act. The overview states that homebound services are temporary and eligibility requires written documentation from a licensed physician.

“It’s not an ‘I just want to stay home,’” Neighbors said. “The most we have ever had is … yeah … we had three one time. It can be for different reasons, they’re all for different needs.”

– The board approved consideration of personnel recommendations and an addendum which included seven new hires, four resignations, two retirements and three transfers (certified).

– The board reviewed the monthly child nutrition report for March, 2021.

– The board approved the retirement ceremony for Tuesday, March 18, 2021 at 4 p.m. in the Performing Arts Center at Opelika High School, where the next board meeting will immediately follow.