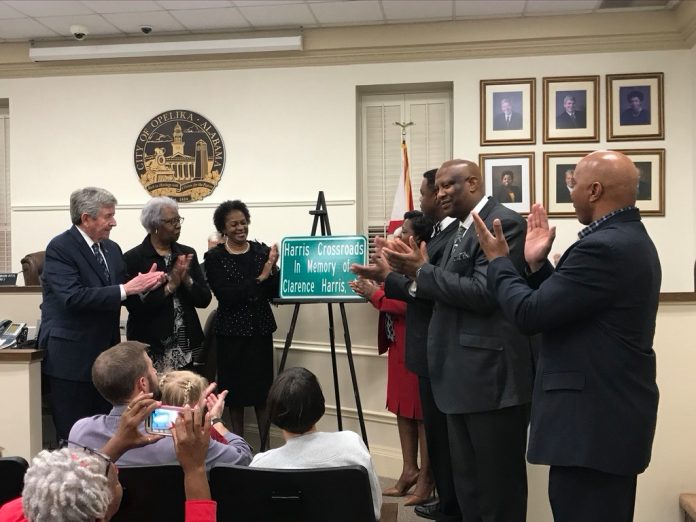 During the Opelika City Council meeting held last Tuesday, Mayor Gary Fuller honored the life of Clarence Harris, Jr., who served four terms as Ward 2’s councilman.
Fuller recalled one of their last conversations being held in regard to the safety of drivers on Anderson Road. Per Harris’ request, the city added a four-way stop and later included a flashing sign.
The new sign, which will be placed on Anderson Road, reads: “Harris Crossroads: In Memory of Clarence Harris, Jr.”
The council also recognized the success of the “Empty Bowls” event held earlier this month with a check representation to the Food Bank of East Alabama for $21,000.
The Opelika School Teachers of the Year were also recognized at Tuesday’s meeting by local principals and Opelika City Schools Superintendent Dr. Mark Neighbors.
In other business, the council: