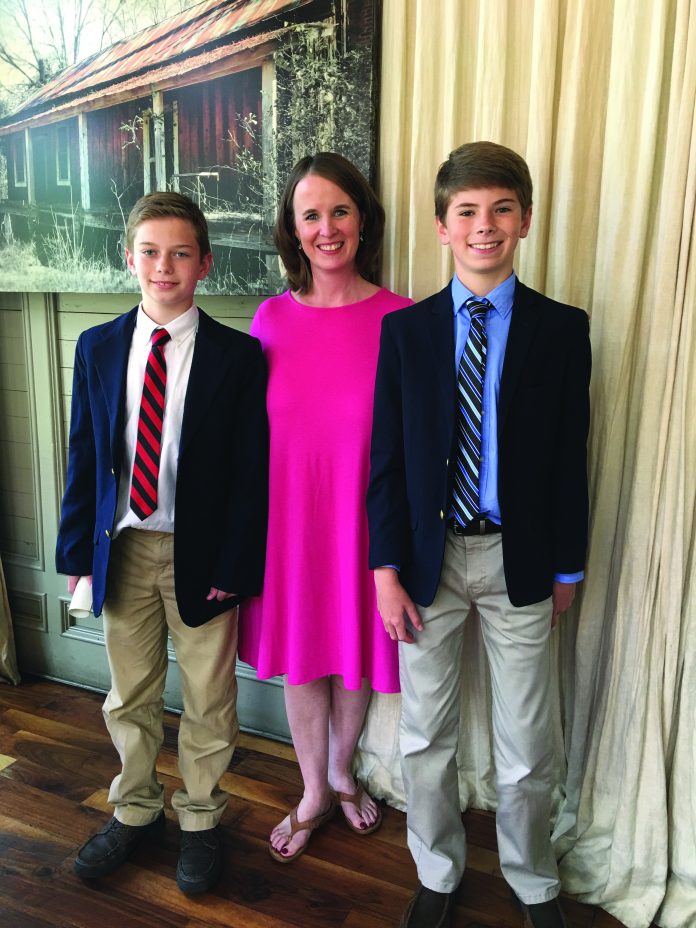 After five intense days of shaking hands, interviews, and answering current event questions, Opelika Middle School sixth-grader Caden Blair won the third-annual “Amazing Shake.”
Sixth-grade OMS students competed all of last week. Dozens of community leaders served as judges throughout the multiple rounds of competition.
“They are learning the proper way of greeting folks and presenting themselves and responding to questions,” said John Meadows, Charter Bank regional coordinator for Lee County and an “Amazing Shake” judge. “This (competition) is so important. I am in the banking business and I need employees who know how to talk and look you in the eye and communicate.”
In the first round of the competition, 40 students rotate between 40 judges who ask questions and measure their soft skills and get a first impression. Only 20 students make it to the second day, where each were given a question on the spot to answer- being judged on how well they think under pressure and their presence on a stage. Round three, also called the ‘Circle of Doom,’ the top ten were given a current events topic by judges. Five students made it to round four, where they faced city council and school board members and told them how they would make Opelika a better place to live.
In the final round, the two remaining students were judged on their etiquette and conversation skills during a lunch at Acres Restaurant.
OMS Teacher and “Amazing Shake” Organizer Tricia Skelton said this program is crucial for the students to be socially knowledgeable and know about current events. “Times have changed. I think it is really important to keep this program going and instill these things in our classrooms every day- manners, etiquette, conversation skills and being a global citizen,” Skelton said.
Blair will receive a trophy and become an OMS Ambassador, during a ceremony Thursday, at the Assistant Principals Office Incentive at OMS.
(The “Amazing Shake” originated at The Ron Clark Academy in Atlanta, Georgia. The competition focuses on social etiquette: handshake, eye contact, ability to carry on a conversation, and level of engagement.)