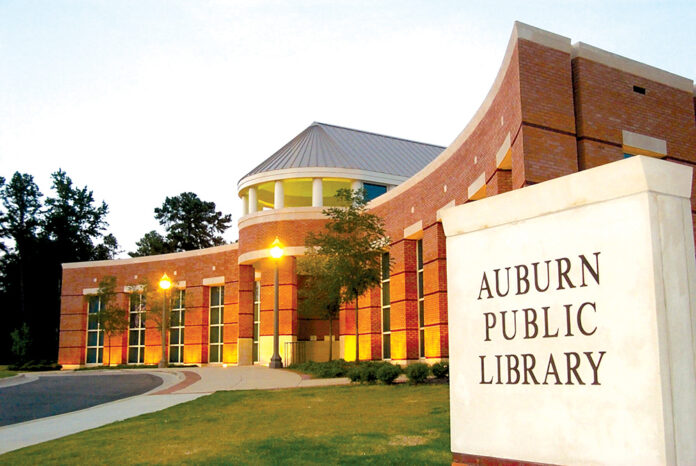 Local art historian Dr. Anne Leader and her research team at the University of Virginia’s Institute for Advanced Technology in the Humanities (IATH) have received a Humanities Collections and Reference Resources Grant for $299,000 from The National Endowment for the Humanities (NEH). In addition to teaching art history classes for the Osher Lifelong Learning Institute (OLLI) at Auburn, Leader is a visiting fellow at IATH, where she and her colleagues are building an interactive digital research site on the connections between burial choices, family networks and religious and social affiliations in Florence, Italy. The project, called Digital Sepoltuario, links city and church burial records with the commemorative landscape and culture of premodern Florence.

Leader became interested in the memorial culture of medieval and Renaissance Florence in 2008, while studying tomb installations at the Badia Fiorentina for her 2012 book on the spiritual, political and social life of the city’s oldest Benedictine monastery. Why, she came to wonder, had a select group of patrons chosen to be buried in the Badia, rather than in their home parishes or in established family tombs at popular burial sites like the Franciscan friary of Santa Croce, or the Dominican Santa Maria Novella? Archival tomb registries, known as sepoltauri, record burial rights and describe monuments in terms of their physical proximity to altars and to each other. Church officials maintained these records to keep track of burials on their grounds. Antiquarians later compiled individual registers into comprehensive sepoltuari as part of an effort to preserve the memories of churches undergoing renovations and in some cases demolition. Enlightenment reforms aimed to remove burials to civic cemeteries outside city walls. The sepoltuari manuscripts are crucial evidence of the relationship between the living and the dead throughout the urban landscape of premodern Florence.

Florentine churches were covered inside and out with grave markers, mostly human-sized slabs in the floor, only a fraction of which have survived. The first decades of the 14th century saw explosive growth in personalized markers in the floors, walls and yards of city churches. Closely packed tombstones, memorials and decorated graves provided constant reminders of the transience of life and the urgent need to prepare for a good death. Burial in the presence of sacred relics inspired prayers by the living for relatively quick passage through purgatory on their way to heaven. But in addition to satisfying spiritual needs, these memorials announced Florence’s wealth and significance to both urban dwellers and visitors to Florence. The government commemorated civic heroes; churches, their most esteemed clerics; and individuals, themselves and their descendants. In spite of such legacies, children and grandchildren did not always choose to use the tombs of their ancestors but installed new monuments nearby or in a different church altogether. Family plots were sometimes sold, and churches remodeled or even demolished, raising questions about the spiritual well-being of Christians interred on their grounds.

While a manuscript sepoltuario describes tomb inscriptions, decorations, including coats of arms and changes of ownership, the Digital Sepoltuario built by Leader and IATH includes data about family, corporate and neighborhood networks and the employment, marriages and political service of the deceased. These broader socio-economic contexts shed light on the biographical details tomb patrons chose to include in, or omit from, their memorial inscriptions and help to explain individual burial choices.

Leader was appointed visiting fellow at IATH in 2016 in order to make her database of memorials freely accessible online, and the project is now being developed in collaboration with IATH. The project has also received support from the Samuel H. Kress Foundation, the Richard Lounsbery Foundation and the Gladys Krieble Delmas Foundation. The latest award from the NEH will support construction of a robust search mechanism, mapping features and an expanded dataset, thus allowing students, scholars, genealogists and visitors to Florence, whether in person or virtually, to explore and interpret the tombscape of this treasured UNESCO heritage site.

Leader will present a free OLLI — sponsored public lecture, “The Florentine Way of Death,” at the Auburn Public Library located at 749 E. Thach Ave. in Auburn on Aug. 18 at 2 p.m.

OLLI at Auburn is a membership program for learning in retirement for adults 50 years and older. As a member-led, member-driven lifelong learning program, OLLI members participate in leadership through the OLLI Advisory Council and committees. OLLI is a program of Auburn University Outreach, Office of the Vice President for University Outreach. Additional information about OLLI at Auburn is available at: www.auburn.edu/outreach/olliatauburn.

IATH is a research unit of the University of Virginia established in 1992. IATH explores and develops information technology as a tool for scholarly humanities research. IATH provides Fellows with consulting, technical support, applications development and networked publishing facilities. The Institute also cultivates partnerships and participates in humanities computing initiatives with libraries, publishers, information technology companies, scholarly organizations and other groups residing at the intersection of computers and cultural heritage.  Additional information about IATH and its sponsored projects is available at: www.iath.virginia.edu.

About the National Endowment for the Humanities:

Created in 1965 as an independent federal agency, the National Endowment for the Humanities supports research and learning in history, literature, philosophy and other areas of the humanities by funding selected, peer-reviewed proposals from around the nation. Additional information about the National Endowment for the Humanities and its grant programs is available at: www.neh.gov.

Beulah Seniors Give Back to Youth

Packing our Backpacks for a Good Year