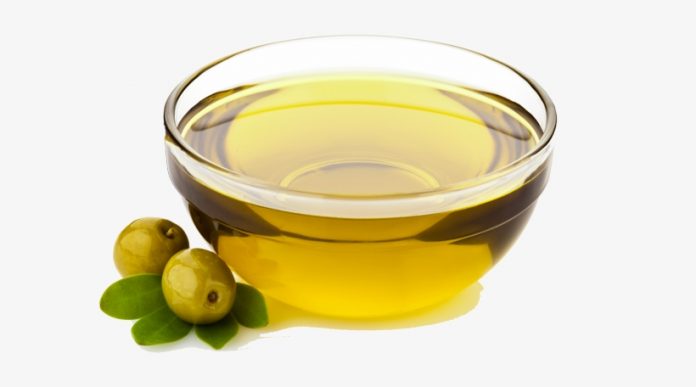 Researchers at Auburn University’s Harrison School of Pharmacy are recruiting subjects for a research study on a potential treatment for those with cognitive impairment conditions such as Alzheimer’s and dementia. The treatment uses a compound found naturally in extra-virgin olive oil that could improve those types of conditions.
Led by Dr. Amal Kaddoumi, professor in HSOP’s Department of Drug Discovery and Development, the research centers around oleocanthal, a molecule that appears naturally in extra-virgin olive oil and is a novel preventative treatment for these diseases.
“Based on our studies, extra-virgin olive oil could improve memory and decrease risk of Alzheimer’s disease,” Kaddoumi said. “According to our findings, it enhances the function of the blood-brain barrier, which has a vital role in protecting the brain. In addition, extra-virgin olive oil reduces the accumulation of toxic amyloid plaques and reduce neuroinflammation.”
Kaddoumi and her team have been approved by Auburn’s Institutional Review Board to conduct a study on human subjects to test the effectiveness of extra-virgin olive oil in improving certain conditions.
“We are looking for subjects who have mild cognitive impairment, such as those who have troubles in their memory like having trouble finding words or remembering facts or events,” Kaddoumi said.
Once selected, participants will consume extra-virgin olive oil daily for six months. Memory tests will be conducted at the beginning and end of the study, along with MRI scans and other diagnostics. Participants will be paid $100 at the beginning of the study and $150 at the end. Those interested in participating should email kaddoumi@auburn.edu.
For those interested in incorporating extra-virgin olive oil into their diet for its potential benefits, Kaddoumi suggests using unrefined types with a pungent taste. It is also suggested to consume it raw, as a salad dressing or with bread.
The study is the product of years-long research into Alzheimer’s disease and the potential benefit of oleocanthal.
Kaddoumi, whose specialty areas include neuropharmacology and brain research, has received a R21 grant from the National Institutes of Health of more than $400,000 to study oleocanthal and the therapeutic possibilities it has related to Alzheimer’s and dementia. Additionally, she has received $150,000 as part of the Auburn Presidential Awards for Interdisciplinary Research for a pilot clinical study and is collaborating with multiple national and international groups on additional therapeutic benefits of oleocanthal that are currently ongoing to evaluate its anti-inflammatory effect in Alzheimer’s. The project was also the subject of a Tiger Giving Day campaign that raised more than $17,000.
Oleocanthal is a potent antioxidant and a non-steroidal anti-inflammatory natural product. Somewhat similar to ibuprofen, her studies on oleocanthal and oleocanthal-rich extra-virgin olive oil in mice models of the disease suggest the compound could be highly effective against Alzheimer’s-related disorders.
“We are very excited about our findings with extra-virgin olive oil and oleocanthal, which demonstrated several positive effects against Alzheimer’s in mice that express the disease, such as enhancing the blood-brain barrier function and reducing the formation of amyloid-beta plaques and neuroinflammation, all of which are hallmarks of Alzheimer’s,” Kaddoumi said. “We are optimistic about the impact of oleocanthal on reducing the risk of developing mild cognitive impairment, a stage that precedes Alzheimer’s, and on reducing the progression from mild cognitive impairment to Alzheimer’s. As an outcome of this project, we hope the findings will support advancing the therapeutic development of oleocanthal in clinical trials.”
Alzheimer’s affects more than 30 million people globally, including more than five million people in the United States that are living with the disease. That number is expected to increase to 16 million in 2050.
With the disease affecting such a large part of the population, Kaddoumi believes it is important to identify ways people can reduce the risk of developing the disease. One area she has identified as a factor is diet with clinical studies suggesting that adherence to Mediterranean diet improves cognitive function and slows the progression of Alzheimer’s. One major component of a Mediterranean diet is extra-virgin olive oil.
“According to our findings with extra-virgin olive oil, this observed positive effect could be attributed to the oleocanthal compound, which suggests the consumption of extra-virgin olive oil could be beneficial to protect memory and learning ability,” Kaddoumi said. “As a therapeutic approach, we are working on the development of oleocanthal as a therapeutic molecule to prevent, slow, and/or hold the progression of Alzheimer’s.”
Using these therapeutics to strengthen the blood-brain barrier can be key to helping those with neurodegenerative disorders.
The team hopes its work leads to clinical trials and a new therapy for treating Alzheimer’s diseases and related disorders including cerebral amyloid angiopathy and vascular dementia.
About the
Harrison School of Pharmacy
Auburn University’s Harrison School of Pharmacy is ranked among the top-20% of all pharmacy schools in the United States, according to U.S. News & World Report. Fully accredited by the Accreditation Council for Pharmacy Education (ACPE), the School offers doctoral degrees in pharmacy (Pharm.D.) and pharmaceutical sciences (Ph.D.) while also offering a master’s in pharmaceutical sciences. The school’s commitment to world-class scholarship and interdisciplinary research speaks to Auburn’s overarching Carnegie R1 designation that places Auburn among the top-100 doctoral research universities in the nation.
For more information about the School, please call 334-844-8348 or visit pharmacy.auburn.edu.