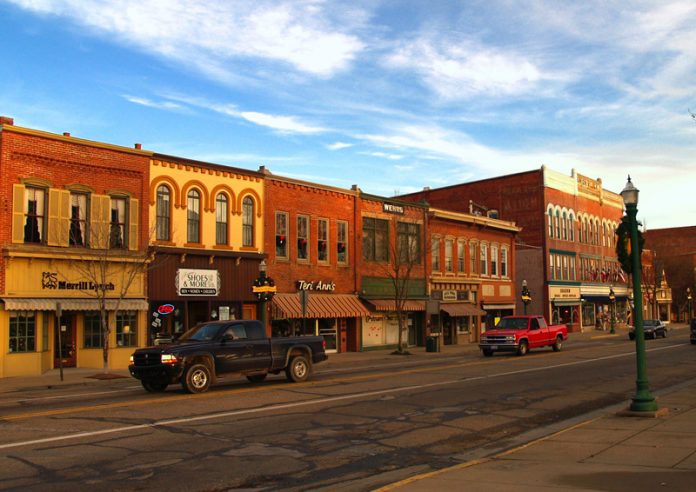 I am driving through Everytown, USA. Kids are riding bikes along a street that weaves by brick storefronts. A boy rides past me. He has baseball cards on his bicycle spokes. I can hear the glorious sound his wheels make. And I am sucked backward into childhood.
I hope this nation never stops putting baseball cards to bicycle spokes
But then, maybe we already have. Baseball cards are a thing of the past. Young folks quit collecting them long ago—I heard this tidbit on the news.
As a boy, I had shoeboxes full. I had my father’s ‘52 Bob Feller—The Heater from Van Meter. And a ‘57 Hank Aaron.
I wonder if today’s kids know about Hank “the Hammer” Aaron.
Anyway, I stopped at a local gas station for some coffee. Only, it wasn’t a “gas” station. The proper term is: “filling station.” There’s a difference, you know.
A gas station is found along interstates. A filling station has old men sitting out front. If you’re lucky, those old men are boiling peanuts.
The young man running the register was 20 years old. He had one semester left at Auburn. He was your all-American kid, and he looked like the kind who knows about baseball cards on bicycle spokes.
He glanced at my coffee. “Aw, you don’t want THAT coffee,” he told me. “It’s four hours old.”
Before I could say another word, he dumped the coffee and made a fresh pot.
They don’t do this at interstate “gas” stations.
I hope this nation never loses filling stations.
I browsed the aisles while coffee brewed. My eyes lit up when I found things from my childhood. Candy cigarettes, taffy, and a few other things that reminded me of the days spent catching fireflies.
I paid and left. I waved goodbye to the old men sitting out front. One gentleman was whittling a stick.
I hope this nation never stops whittling sticks.
And I passed the heart of the rural world. The open country. A place where being a farmer is still a viable occupation. An honorable one. This is a part of old America, where grade-schoolers know the difference between a bushel and a passel, where daylight saving time still makes sense.
I stopped on the Florida line to buy a Powerball ticket. I did this because I come from a long line of lottery ticket men.
The man behind the counter was chewing tobacco, watching a small television.
“What’s the Powerball up to?” I asked.
“One-eighty,” he said. “Good time to get a ticket if you got the gumption.”
I have plenty of gumption.
I drove the byways that cut across the sprawling fields of green, the sleepy hamlets, and the amber waves of grain. I saw a hand-painted sign by the highway that read: “Tomatoes.”
A crooked dirt road led to a mobile home seated on a million acres, with a tin vegetable stand. Nobody was manning the stand. There was only a jelly jar full of money, with a sign, reading: “Money go’s rite here.”
I hope this nation never stops selling tomatoes via the Honor System.
Finally, I arrived at my cousin’s. His kids were glad to see me. My cousin’s wife is out of town. Supper was left up to us men folk—tomato sandwiches, and Oreos and glasses of milk.
After supper, we watched neighborhood kids play in the yard. They played American games. Red Rover. Tag. Hide and seek. They chased bugs until the sun went down.
Then, children came to the porch, out of breath, stinking of sweat. Someone suggested riding bikes. It might have been me who suggested this.
The kids went nuts. “CAN WE RIDE OUR BIKES, DAD?!”
My cousin frowned at me. “Now see what you did?”
“PLEASE, DAD!”
“Okay,” he said. “But ONLY to the end of the street.”
“Wait,” I said to the kids. “I have something for your bikes.”
I handed them a gift. My cousin looked at the package and smiled. “Where in the WORLD did you find baseball cards?” he asked.
It doesn’t matter where.
I wish you could hear those beautiful bicycle spokes ring.
Sean Dietrich is a columnist, and novelist, known for his commentary on life in the American South.