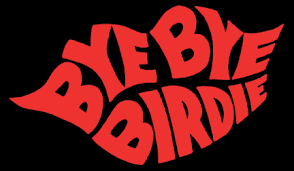 The Opelika High School Theatre Society will take its audiences back to a simpler time with their adaptation of the classic Broadway musical comedy Bye Bye Birdie with shows beginning next weekend.
Set in the late 1950s, the play is based on the life experience of the “King of Rock ‘n Roll” Elvis Presley shortly after receiving his enlistment notice into the United States Army.
In the play, mediocre songwriter Albert Peterson and his secretary Rosie Alvarez concoct a plan to have protagonist Conrad Birdie sing one of Peterson’s newly written songs on the Ed Sullivan show. The song, called “One Last Kiss,” would have Birdie sing the song then symbolically kiss a 15-year old mega-fan named Kim McAfee goodbye, as a farewell to both his fans and America.
During the course of the show, tempers flare and hearts break, but in the end, all is made well, with lots of laughs and joyful moments between, according to OHTS Director Revel Gholston.
“It’s so nostalgic and fun … it’s really cheesy. I think even at the time it was written, it was supposed to be a satire or kind of a farce when thinking about the time period and Elvis Presley and the effect he had on girls and women and people who looked up to him in society,” Gholston said. “It’s a fun, old-school throwback musical, and those are right up my alley.”
The dates for the shows are April 21-23, and April 28-30. The Friday and Saturday shows begin at 7 p.m., and the Sunday shows at 3 p.m. in the Opelika Performing Arts Center. Tickets can be purchased at the door and cost $15 for adults and $10 for children. For more information, call (334) 745-9715.