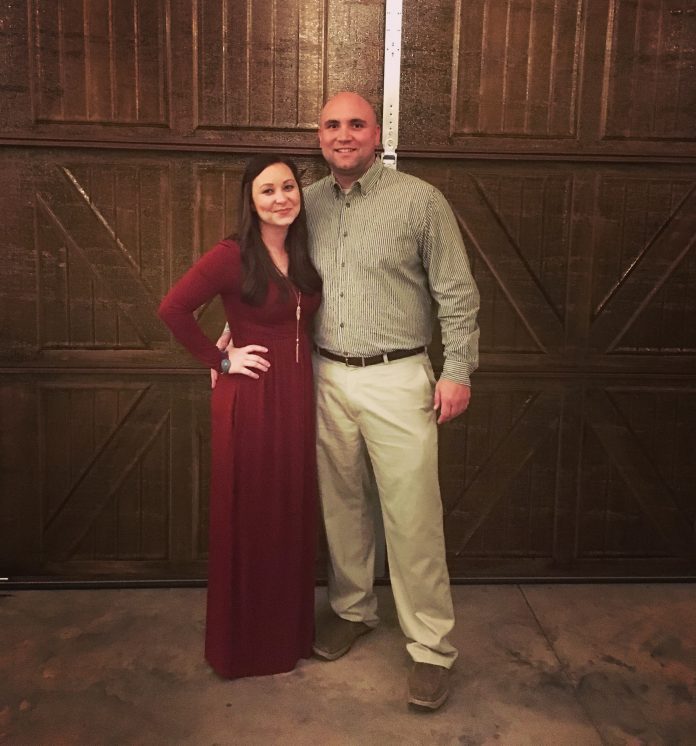 The name of the officer that was shot and injured during a traffic stop of a suspect in a robbery Friday night in Auburn has been confirmed.
Officer Justin Sanders stopped the suspect’s vehicle and was met with gunfire upon stepping out of his car. Sanders sustained serious injuries and was transported to East Alabama Medical Center and was then later transported to UAB (University of Birmingham) hospital in Birmingham in the early morning hours of Saturday. Sanders is listed in stable condition and is expected to recover.
Friends and family of Sanders have set up a GoFundMe account to help defray the cost of expenses during his recovery which according to the fundraising page could take months.
The original goal of $25,000 was met within the first few days but donations can still be made at the GoFundMe website, www.gofundme.com/v8z5aw-prayers-for-justin.
Members of the community have been leaving encouraging messages of support for Sanders and his family on the GoFundMe page.
Sara from Lee County wrote “Justin, all of Lee County is praying and we all want to thank u for your service.”
Steven wrote “My thoughts and prayers are with you and your family at this time. Thank you for serving our community.”
Sander’s girlfriend, Amanda Carter, told the Observer that they are grateful for all the love and support they have received from the community.
Timeline of events
Following the shooting of Sanders which occurred in the early evening of Feb. 15, the suspect, later identified as Christopher James Wallace, age 38, and an unidentified female, fled the scene. Officers later located them in Auburn in an apartment complex across the street from the Auburn University Veterinary School on Wire Road. Attempts to enter the apartment were met with gunfire. A fire broke out inside the apartment and the unit was quickly engulfed in flames.
The Auburn Fire Department responded to the blaze and extinguished the fire. According to a statement from Lee County Coroner Bill Harris, members of his office, the police and the fire department located two deceased persons in a back room of the apartment. Harris pronounced both subjects dead at the scene at 11:55 p.m. On Monday, Harris released a statement saying the postmortem examination results show that the two suspects did not die from the effects of the apartment fire. It is believed that Wallace shot the female suspect and then turned the gun on himself in a murder-suicide. The case is still under investigation.
Publisher’s note: Myself and the rest of the staff at the Observer would like to thank the officers from Auburn, Opelika, Lee County Sheriff’s office and the Alabama State Troopers Division for their courage and efforts in keeping the community safe not only during the events of Friday night, but everyday.
We realize the sacrifices that are made and we appreciate each of you. We offer our sincere prayers for Officer Sanders and wish him a full and speedy recovery.
It is times like this that one sees some of the worst of humanity, but we also have the opportunity to see some of the best as well.
There have been reports of numerous restaurants providing food for the officers as they remained vigil, waiting for news on Sanders. Some businesses have set aside days to donate a portion of that days sales to Sanders and his family.
So, let us all focus on not only seeing the good in our community but BEING the good in our communities.
Michelle Key