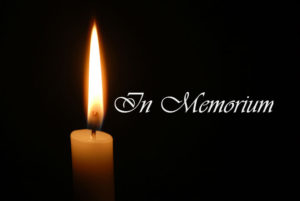 Funeral services for William Roy Gilliland, Jr. of Opelika were Saturday, March 23 at 11:00 a.m. at Jeffcoat-Trant Funeral Home. Burial was at Garden Hills Cemetery.
The Reverend Paul Howard officiated. Visitation was Saturday, March 23, 2019 at 10 a.m. at Jeffcoat-Trant Funeral Home. Mr. Gilliland, who died on Wednesday, March 20, 2019 at home was born on April 24, 1947 in Lafayette, Alabama.
Mr. Gilliland grew up in Lafayette, Alabama and has lived in Opelika, Alabama for the past forty-six years. He was an Eagle Scout. He graduated from Lafayette High School in 1965 and was a 1983 graduate of Jacksonville State University. He enjoyed coaching his daughters in junior league girls’ softball for many years. He was employed and retired from Uniroyal after thirty-three years. He was a well-loved husband, father, and grandfather. He enjoyed being outdoors, playing golf with his friends, driving his boat on Lake Martin, and spending time with his grandchildren.
He is survived by his wife of forty-six years, Martha Davidson Gilliland, of Opelika, Alabama; his daughters Laura Gilliland Dunlap (Phil) of Auburn, Alabama and Ivy Gilliland Campanelli (Tony) of Helena, Alabama; his brother Charles Gilliland (Pat) of Opelika, Alabama; his grandchildren Rush and Sydney Dunlap of Auburn, and Kate and Will Campanelli of Helena.
Jeffcoat-Trant Funeral Home directed.