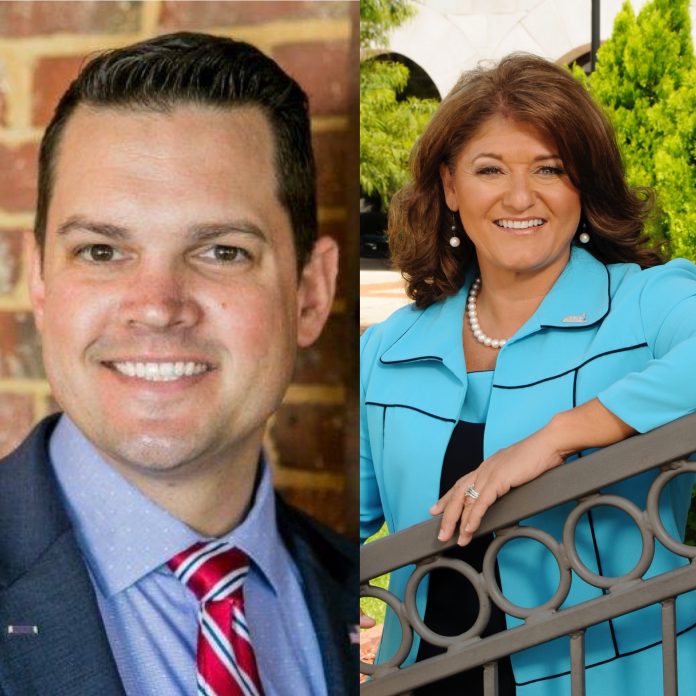 The winner of the Alabama House District 38 race between Todd Rauch and Debbie Wood has not yet been decided following Tuesday’s run-off elections.

Late Tuesday evening, a possible clerical error indicated that Rauch was in the lead, prompting the Observer to report that Rauch had won the race. Shortly after press time, unofficial results from the Alabama Secretary of State’s website were updated to show Wood in the lead with six votes, 2,165 to 2,159.

According to reports, 46 provisional ballots (40 from Lee County, 6 from Chambers County) will be counted, and along with the official, certified results, help determine the race winner.

A special ceremony will be held next Tuesday at noon which will officially record the number of provisional ballots cast for either candidate. The winner will move on to face Democratic opponent Brian McGee in the November midterm elections.

Both candidates issued statements on the race and shared their appreciation to voters.

“We are amazed by all of the people who have reached out to us throughout the district, and across the state. The support and excitement is beyond what we imagined. This is a testament to the statement ‘every vote counts.’ We’ve said these words for the past few months while knocking on over 7,000 (doors) throughout the district. It’s truly incredible to be running such a historic and unforgettable campaign. I’m very proud of our team and supporters who helped us get here today, and the hard word we’ve put in. We are excited for next Tuesday to get here and are cautiously optimistic for the results,” Rauch said in a press release Thursday.

“This race has not been about Valley or Opelika or Beulah or Smiths Station or Lake Harding it has been about providing leadership for the citizens of District 38. I am humbled that today I am ahead by six votes. Does every vote count, yes, and I want to thank each and every one of you that went to the polls. Next Tuesday, the provisional ballots will be reviewed and a decision made as to their validity. You will never know what it has meant to me and my family for all the love and support provided during this election. I want to give a special thank you to all of the next future leaders in our community that worked diligently beside us. These young adults who volunteered made a huge impression on me and I am so encouraged about our future,” Wood added in a post on her personal Facebook page.