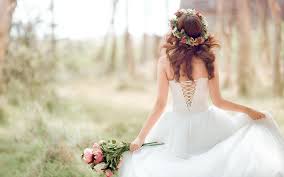 The sun was coming up. We rode toward Charleston, doing sixty-five miles per hour in a two-seat truck.

In my wallet: two hundred dollars cash. It was all I had. I earned it by selling my guitar, one week earlier.

My late father told me once, “If you ever get married, marry a woman who don’t care about money. Happiness and money are of no relation.”

Well, she must not have cared because I had none. I was a blue-collar nothing with a nothing-future ahead of me. I had no high-school education. No achievements. No pot to you-know-what in, and no plant to pour it on. And not much confidence.

She unfolded a roadmap on the dashboard. My truck radio played a Willie Nelson cassette. I was married.

Married. Things were looking up.

We arrived at a cheap motor-inn. She took a shower while I watched the idiot box. Andy Griffith was on.

I made reservations at an upscale restaurant where the waiter pulls the chairs out for you. I wore the only necktie I owned.

We ate food I could not afford. I paid a hundred bucks—plus tip. We walked the streets, arm in arm.

Then: the sound of horse hooves. A carriage. A man stepped out and groomed his animals on the sidewalk.

My wife remarked how pretty the horses were.

I asked how much he charged for rides.

I handed him my remaining wad of cash. “How much will this buy?”

He thought about it. “How’s ten minutes sound?”

That nice man gave us an hour ride.

Later, that night, my wife said, “I feel like ice cream.”

We stopped at a grocery store. I was out of cash, so I wrote a personal check while whispering The Twenty-Third Psalm.

My wife sat on my tailgate, eating from the carton. I laid in the pickup bed, watching the moon.

And I still can’t.

My life has changed considerably since that night. So have I. And I don’t want to be melodramatic here, but it’s because of my ice-cream eating bride.

She’s done things for me. She let me cry on her shoulder when my boss fired me. She held my hand, in an ambulance after I totalled my truck. She tutored me in college algebra.

She helped me piece together my education. She told a fatherless flunky he was every bit as smart as anyone else. She loved me.

It’s not our anniversary. It’s nobody’s birthday, either. I just felt like telling you about the reason I believe in God.

Her name is Jamie.

“The Buck Stops With The Parent”: Parents express concern with face-covering...