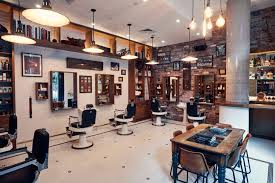 Some of you might recall a while back when Alabama set out to join all the other states in this Union of ours and regulate its barbers and barber shops.
Though usually leery of state oversight, I am not all together opposed to this.
There is a close, dare I say intimate relationship between the barber and his customer, one that involves personal contact that could, in extreme instances, transmit stuff that should not be transmitted – no telling what is in that hair left behind from the last guy.
Cooties?
So for sanitary reasons, I can see how some regulation was appropriate.
There was also an element of fairness at work here. In the old days barbering involved little more than a “shave and a haircut.”
However, over the years as more women took to barbering, many of the traditional barbers were replaced by “hair-stylists” whose services spilled over into the realm of the cosmetologist.
Cosmetology, with its dyes and chemicals and hot combs and such, was state regulated.
So when barbers started “styling,” cosmetologists felt that barbers should be regulated as well.
That would be a good point if the regulation of cosmetology was all about protecting the health and safety of cosmetology customers.
It wasn’t.
According to the late Pete Mathews, longtime legislator and JSU Trustee, he and many of his legislative colleagues were also interested in regulating cosmetology because most cosmetologists were women – young, pretty women.
Realizing this, they not only passed legislation to license cosmetologists and “beauty shops,” they gave the regulatory legislation a one year shelf life.
Why?
Because an annual renewal of legislation and licenses meant that every year hosts of pretty young cosmetologists would arrive in Montgomery to lobby legislators.
Mr. Pete, a lifelong bachelor and renowned lady’s man, just loved to be lobbied.
Gives you a whole new perspective on our elected leaders, doesn’t it?
On the other hand, maybe it doesn’t.
But back to barbers.
What if barbers figure that if they are going to be regulated as if they were cosmetologists, they might as well be cosmetologists?
If they do that, if they throw open their shops to all sorts of cosmetologist devices and decorations, one of the last bastions for manly men will disappear.
Once upon a time, a boy’s first haircut was his induction into a world of men, and men only. Seldom if ever did women intrude into those dark, dank dens of testosterone, and when they did it was usually on an errand, not for a trim.
Waiting customers read men’s magazines. Field and Stream, Sports Illustrated, and Parts Pups, an automotive publication that contained jokes aimed at adolescent males of all ages.
If you didn’t read, you could watch, for a barber with comb and scissors always put on a show.
Or you could listen. In my youth, while waiting for my turn in the chair, I was often privy to opinions my elders exchanged on topics ranging from football to hunting and fishing to automotive repair to politics to whatever else happened to be on their minds. Listening to grown men gripe about the government or debate when to plant tomatoes taught me a lot about the diversity of my community and the nature of the men who set its tone.
What they seldom spoke of were women – wives, girlfriends, either or both.
Except once.
The man getting his hair cut was loud and opinionated. No matter what the topic being discussed, he had something to say and he said it with the authority of the self-assured. What he lacked in knowledge and logic he made up for with volume.
Among the increasingly irritated listeners was Mr. Dave, one of the town’s leading citizens and one of the wisest men I ever knew.
Mr. Dave, gentleman that he was, ignored the man in the chair.
When the barber finished clipping his customer he shaved the man’s neck, as was the custom back then and, I suspect, still is in older shops with older barbers. Then he asked his patron if he would like some after-shave, cologne, which soothed the skin and left one smelling “like you’ve been to a barber shop.”
“I don’t want any,” the man thundered. “If I came home smelling of that stuff my wife would think I had been in a house of ill-repute.”
He paid the barber and as he walked to the door Mr. Dave took his place.
“Just a trim,” he told the barber.
Then he added, “And you can put that cologne on me. My wife doesn’t know what a house of ill-repute smells like.”
The man skulked out without a word.
It was a great moment.
Harvey H. (“Hardy”) Jackson is Professor Emeritus of History at Jacksonville State University. He can be reached at hjackson@cableone.net.