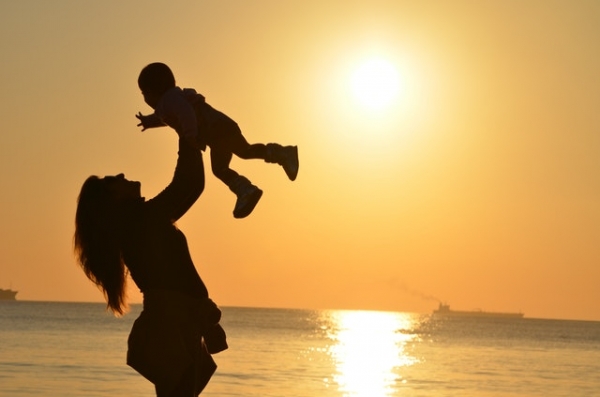 She was a seventeen-year-old with love on her mind. Her nice-looking boyfriend convinced her that he would be around forever. They would marry. They would grow old together.

It was the same song and dance you’ve heard a hundred times.

But promises changed when she developed morning sickness.

She broke the news to him on a school night. They were in the car together.

He didn’t answer. He only stared forward and grit his teeth. He called her a bad name. He told her he didn’t want any “damn baby.”

It shattered her. It was her baby.

She jumped out of the car and walked home. They never spoke again.

That was a hard time.

And her parents only made it harder. When she told them she was planning on keeping the baby, they erupted in a mushroom cloud.

Her mother wanted her to get the pregnancy “taken care of.” Her father didn’t care what she did as long as she got rid of it.

They forced her. And because seventeen-year-olds are supposed to do what their parents tell them, she agreed.

She had a girl. And for many years that was all she remembered. She never saw the hair color, eye color, or chubby fingers. She only saw a newborn from a distance. Her parents didn’t want her to see the baby.

When nurses took the infant away it wasn’t a pretty scene.

“My baby!” she yelled until her voice gave out. “My baby, my baby!”

She bawled for years. A piece of her body had been stolen. Her biggest part. She felt like her entire person had been cut into sections and auctioned off to the highest bidder.

But seventeen-year-olds eventually grow up. Even sad ones. And kids turn into adults.

She went to college. She became a woman with a good career. She found a nice life, a man who loved her, and in time she had more children. Two boys.

But she never quit thinking about the girl she’d given away.

And she never quit wondering. That’s what all mothers do. She wondered what the girl looked like. What color her hair was. Was she a good athlete? Did she have posters on her bedroom walls?

And when nobody was around, she cried for a child she never knew.

She had a dream. It woke her from a heavy sleep. The dream was a strange and serious one. In the dream, she saw a beautiful blonde, tall, graceful. She couldn’t make out the woman’s features, but she knew who it was.

She thought about that for weeks. Weeks turned into years.

One day, she received a phone call. The man’s first words were, “Hi, I think you might be my wife’s biological mother.”

The next voice on the phone was a woman’s.

They met in a crowded restaurant. There were people everywhere. Families, children, and young couples.

She arrived early for lunch. She inspected every face in the place. Then, she saw a blonde woman. All forty-some years of saltwater fell from her eyes.

Nobody said anything. They only embraced. Customers in the restaurant gawked. A missing piece of her body fell back into place.