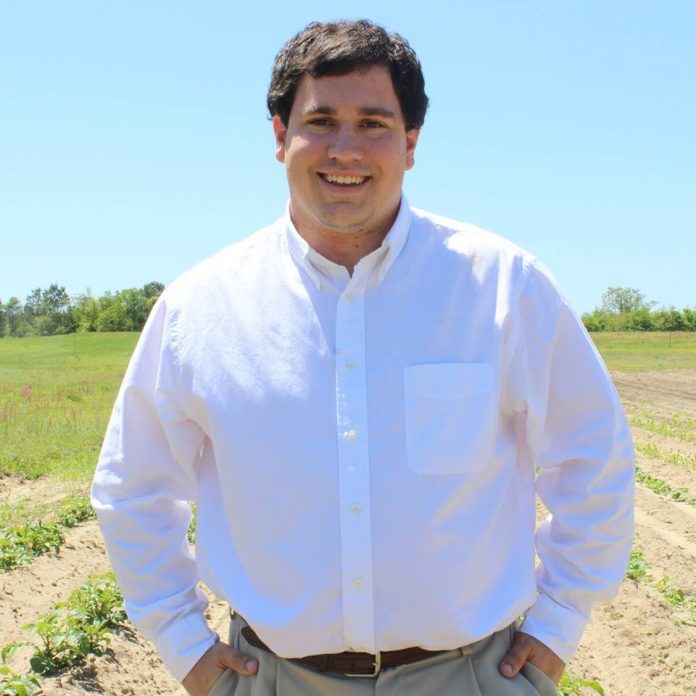 The Opelika Observer announced the promotion of Morgan Bryce to the position of Editor during their 10th anniversary celebration last night.
Bryce began his tenure with the Observer in May of 2016 as an intern from Auburn University. Bryce graduated from Auburn with a bachelor’s degree in journalism in June of that year.
Following graduation, Bryce married his sweetheart, Jessi Corser, and upon the return from his honeymoon, he started a full-time job with the Observer as a staff reporter. He and his wife live in Smiths Station.
He was promoted to associate editor in December 2017 when the Observer underwent ownership changes.
During the last 11 months, Bryce has been crucial to the continued development of the Observer. He has shown great skill in managing the internship program, has spent countless hours expanding the sports and local government coverage.
“As the associate editor of the Observer, I am in a unique position to assist both in content production and the newspaper’s design, roles that I enjoy. My personal goal each week is to leave an indelible impression on our readers through each piece of content I produce and how it is presented,” Bryce said.
“Seeing someone sit down and read our paper is one of the most satisfying feelings in the world for me, and makes me feel that I am making a difference. I look forward to continuing to serve our community in my new role as editor. It is an exciting time to be a part of the Opelika Observer.”
New Members
The Observer also introduced Rick Lanier as a new member of the team. Lanier joined the Observer as a sports writer in late August to assist with coverage of local area high school football.
Lanier is a retired U. S. Navy Warrant Officer who joined the military after graduating from Opelika High School. He moved back to Opelika in XXXX.
“I’ve always enjoyed storytelling through words, and being around those who are really good at it. I’m extremely grateful that I have the opportunity to experience all of that at the Observer,” Lanier said.
Although Robert Noles is not new to the Observer, it was announced that he will be involed in the Observer in the greater capacity of photo journalist/staff reporter following his retirement from the City of Opelika.
Noles has worked for the city for the last 18 years, and joined the Observer as a freelance photographer in 2009. “It has been a joy to photograph our community over the years. To see the parents and kids, once their picture has been published in the Opelika Observer, bring them happiness and makes me feel great,” Noles said. “Now I am seeing the children grow over the years from the Christmas Parade, to the Parks and Recreation Easter egg hunt, to being seniors playing sports, band, plays, clubs andother school actives. I am looking forward to continuing filling the Opelika Observer with pictures of the current events and people around town.”