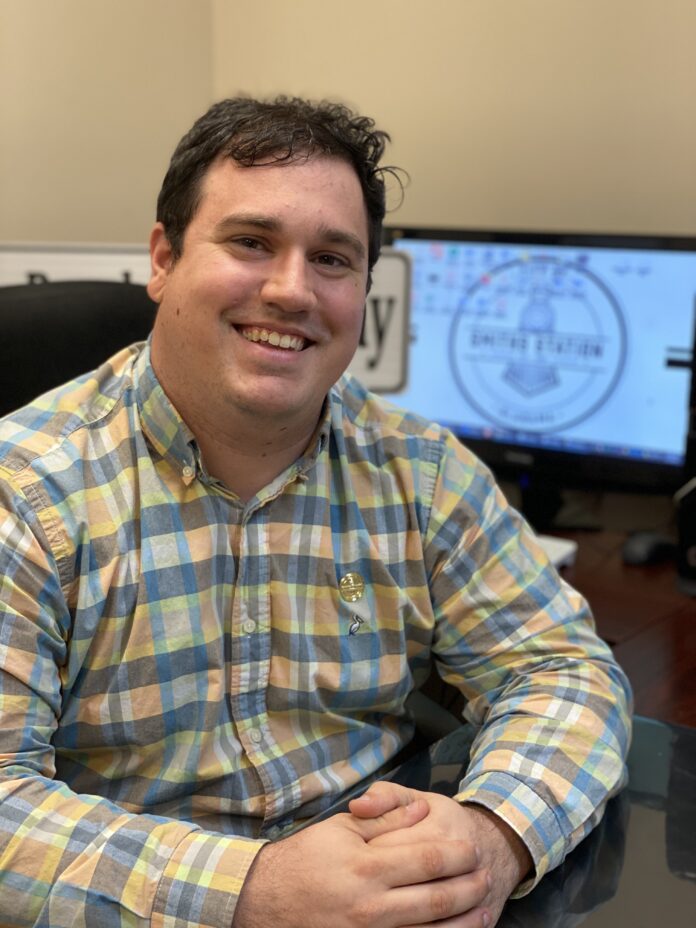 Contributed by the city of Smiths Station

Following a vote by the Smiths Station City Council at their Jan. 26 meeting, Morgan Bryce was appointed to the role of Interim City Clerk-Secretary-Treasurer.

Bryce, who previously worked as the City’s administrative assistant and assistant communications director, will assume all City Clerk duties, to include growing the public works department along with Ed Adams. He will retain the title of Assistant Communications Director.

“I’m excited to grow in my role here at the City of Smiths Station and continue working and striving to make it the best little city to live in Alabama for our citizens,” Bryce said. “I’m also grateful to our mayor and council for giving me this opportunity and I look forward to working with them in a closer capacity.”

Bryce is a 2016 Auburn University graduate and lives near Smiths Station with his wife Jessi and dog Monte.