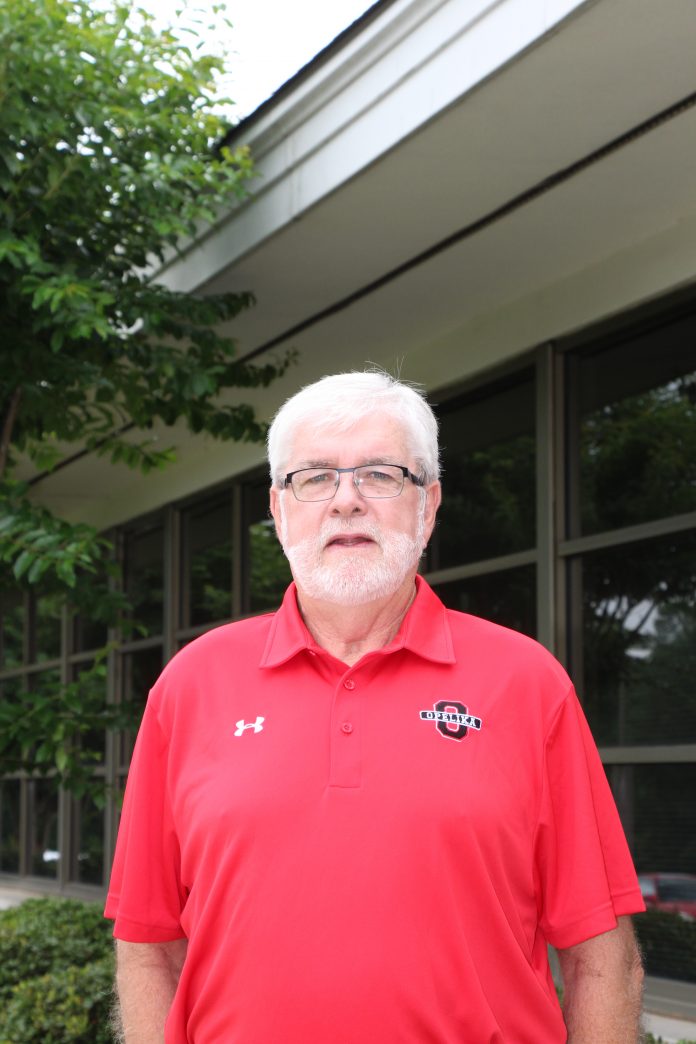 Continuing the success of Opelika High School’s sports programs is the goal of new athletic director Mike Pugh.
Officially hired May 24, this will be Pugh’s second stint with OHS, where he served as head basketball coach from 1999 – 2006.
“I’m excited to be back. My biggest thing is trying not to mess anything up and do the best I can to help facilitate things and give help to the best of my ability,” Pugh said.
Prior to returning to Opelika, Pugh spent the last 10 years as the head coach at Huntingdon College in Montgomery.
In total, Pugh’s career spans four decades, coaching at schools across the state including Ozark Carroll, Selma-Southside and John T. Morgan, and was the joint basketball coach/athletic director at Enterprise Community College.
After retiring from Huntingdon College following the 2016 season, Pugh said he came to realize how much he missed the ability to interact with coaches and players.
“You really miss those relationships when you get out and you’re not involved anymore, retired. You miss that camaraderie with the players and with the coaches,” Pugh said.
Pugh inherits an athletic program coming off a solid year. Highlights included the girls basketball team advancing to the Final Four for the first time in program history and girls soccer winning its fourth-straight area title.
Under his leadership, Pugh said he wants to incorporate a dose of winning attitudes into each of the school’s athletic programs.
“We’re all in the same boat rowing together. All sports–coaches, cheerleaders, students and fans–we’re all in this together,” Pugh said. “Anything I can do to help that, I will. My perspective on that is try to do everything possible to keep everybody in the same frame of mind.”
No official starting date has been set for Pugh, but he said he has already been in contact with some school officials and administration.
For more information, visit www.ohs.opelikaschools.org.