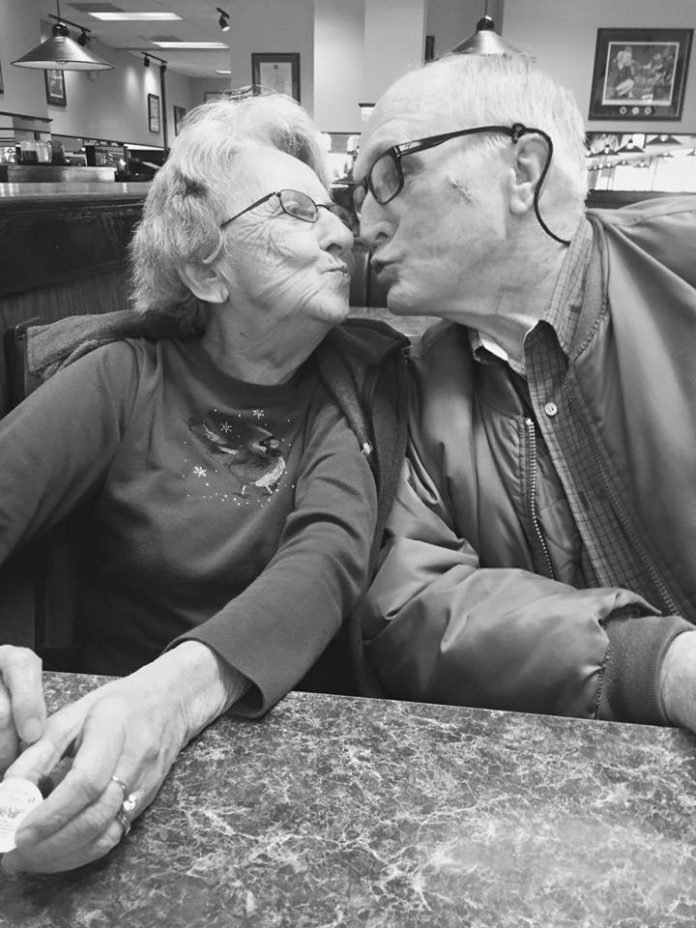 Respect, communication and continuous expressions of love have been the key components of Eddie and Jeanine Hamby’s 64-year marriage.
“There isn’t a day that goes by that he doesn’t tell me how much he loves me. He’ll say, ‘have I told you that I love you?’” Jeanine said. “And I’ll say back, ‘yeah, but you can tell me again.’ So, I know how much he loves me, and not just because he tells me, but because he shows it.”
The couple’s love story began Oct. 10, 1952, while on a blind date with their best friends to a drive-on movie theater to see a re-release of the 1933 cult classic ‘King Kong’.
Despite what they both called an “awkward, but good” first date, they continued to see each other, and quickly became serious about their relationship.
Both grew up in small communities surrounding the Valley area – Eddie from Hughley and Jeanine from Riverview.
While swinging on a porch one hot July day, Jeanine said she remembers the proposal that changed her life.
“He didn’t say, ‘would you marry me?’ That’s not how it was done,” Jeanine said. “As we were swinging, he said, ‘I want us to get married.’ And I said ok, but you’ll have to ask my daddy for permission … which he did eventually give to Eddie.”
The couple would marry three months later on Oct. 30, 1953, at the ages of 18 and 17 years old and said that they have never looked back.
During the last 64 years, the couple traveled the world during Eddie’s Army career, owned their own businesses and raised a family. They are parents of four children and grandparents to 10 children and 10 great-grandchildren.
Both offered their advice for single people looking for their soulmate.
“It’s all about respecting each other. If you don’t do that, it’s not going to work,” Eddie said.
“Before you marry a man, see how he treats his mother, and how he treats his mother is how he’s going to treat you,” Jeanine said. “He absolutely treated his mother with so much respect and love that I knew that was how he was going to treat me … and here we are, 64 years later.”