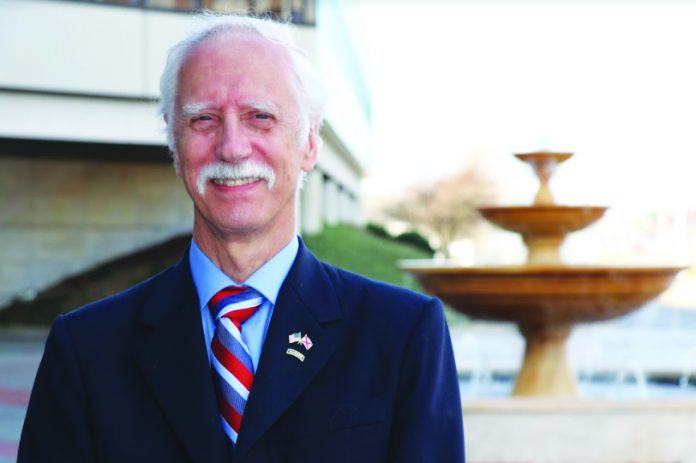 Helping end corruption in Alabama politics and pushing for Medicaid expansion are major platforms for Valley resident Brian McGee, the Democratic nominee for Alabama House District 38.
This is McGee’s second run for political office. Last year, he ran to fill the vacant U.S. Senate seat once held by Attorney General Jeff Sessions, but later dropped out and endorsed the race’s eventual winner Doug Jones.
“.. .that (run) was done with the hopes of learning about Alabama politics rather than really expecting to get elected. I learned a lot about politics and what I learned has made me very worried about the future of our state and our country,” McGee said.
McGee faced no Democratic opposition in the District 38 primary, and will face Republican nominee Debbie Wood in the Nov. 6 midterm elections.
Following is a brief background on McGee and overview of his beliefs and platforms that will guide him if elected.
Background
Born into a military family, McGee said he “traveled the world” during his childhood. At 19 years old, he enlisted in the U.S. Army and went to Officer Candidate School, Ranger and Jungle Warfare schools before his deployment to Vietnam.
A member of the 173rd Airborne Brigade and commanding the 39th Scout Dogs, McGee started as a private, but rose up to the rank of captain following four years of active duty.
Post-military, McGee pursued a career in teaching, working with the Department of Defense school system for 27 years. He instructed at Fort Benning and abroad in Bahrain, England, Japan and Panama.
McGee and his wife Jacqueline have been married for 48 years, and have two children. He currently resides in Valley.
Platforms
Running for office in a state known for high-profile cases of corruption and white-collar crimes, McGee said he wants to help clean up Alabama’s tarnished political image and work to “get money out of politics,” ensuring that elected representatives travel to Montgomery to serve in the best interests of their constituents.
“I am sick and tired of the corruption I have seen in Montgomery. Politicians seem to be bought and paid for in Alabama, and they then vote the way the lobbyists tell them to vote,” McGee said. “I have a history of service to country and community and when elected you will be hearing a lot from me. I do not plan to stand for the status quo in Montgomery.”
If elected, McGee will lobby for Gov. Kay Ivey to sign Medicaid expansion, which he said will help create 30,000-plus jobs and bring $21 billion of federal money to Alabama.
“ My opponent and her party are on record for doing away with the Affordable Care Act and protections for folks with pre-existing conditions. They are also in favor of cutting Social Security benefits and programs like CHIP in order to pay for the $2 trillion tax cut they gave to the wealthy,” McGee said. “This is a no brainer, and shouldn’t be a partisan issue.”
McGee also stands for finding an immediate solution to the ongoing opioid crisis and improving the quality of Alabama’s educational system to benefit both teachers and students.
As an elected representative, McGee said he would be a candid, hard-working and resonating voice for constituents in District 38.
“If you want to see someone willing to speak out on issues and represent the people, you need to vote for me. I am a centrist Democrat who is pro 2nd Amendment but one that believes no secure gun ever hurt a child,” McGee said. I am opposed to abortion but support separation of church and state. Four generations of McGees have fought for this country, serving in WWI, WWII, Vietnam, and the war on terrorism. I believe in service to state and country. Every McGee I mentioned enlisted to help protect this country, and I will fight against all of the forces that we see today trying to tear this country apart.”
For more information on McGee and his campaign, visit www.brianjmcgee.com.