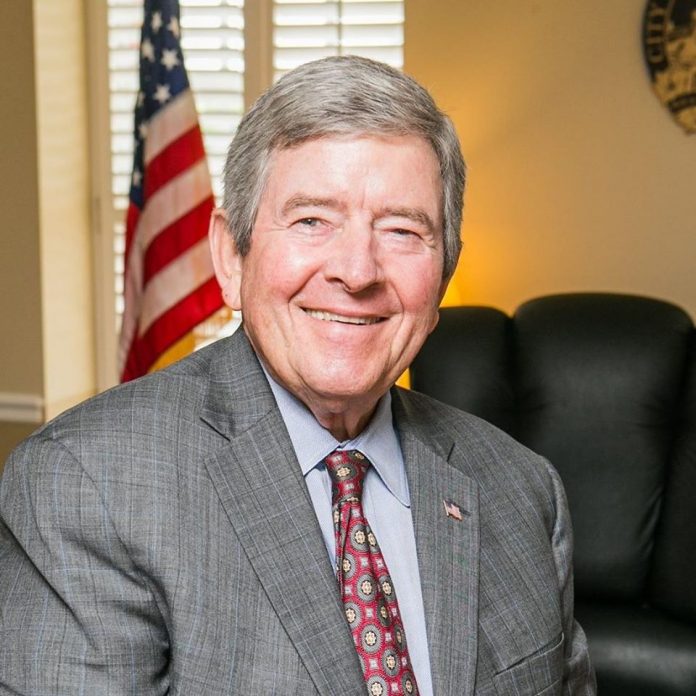 The present and future of Opelika was a highlighted topic of discussion during the 6th annual “State of the City” held last Friday at The Bottling Plant Event Center in downtown.
Hosted by the Opelika Chamber of Commerce, the event featured a speech by Mayor Gary Fuller that focused on the success of previous years along with the prospective future growth the city is expected to experience during the duration of 2020.
“We are so fortunate to live in a place where neighbors love neighbors and communities love communities,” Fuller said.
The city is continuing to see economic growth, as 423 jobs were created in 2019 with a capital investment of $127.6 million. Fuller highlighted the success of retail in the Opelika area amongst Tiger Town, USA Town Center and Saugahatchee Square. In 2019, prominent businesses like Aldi and Chicken Salad Chick opened locations within the city limits.
“2019 was one of our best years for job creations since 2006,” Fuller said, adding that $33.2 million in sales tax was generated last year.
“In order to meet the increased work demands in Opelika, we partnered with Southern State Community College and Opelika Schools in the fall of 2019.” The new “Ready to Work” program creates a pathway for students to enter the work-field.
In terms of single-family home development, there were 278 home permits, 380 family-ready lots and 386 lots under development in 2019. For 2020, there are 862 apartment units and 168 townhouses planned.
Fuller highlighted the projected growth and success of Opelika City Schools, advanced infrastructure and enhanced opportunities projected to happen this year. He encouraged the audience to “treat (others) with dignity, respect and inclusiveness.”
Fuller shared multiple exciting features coming to the Opelika area such as new digital services that will allow contractors to apply for permits online, expanded maps on city official websites and free Wi-Fi in parks during operating hours. Along with these features, streetlights will be replaced with “smart lights,” which are energy-efficient LED lights that will dim or lighten depending on surrounding activity.
Recreation in Opelika had several improvements and growth throughout 2019, including a new skate park, bathrooms and playground equipment.
Before concluding his speech, Fuller stated that he has never seen such “energy” in regards to uniting in opposition for the proposed quarry. Some impacts of the quarry would include “damage to drinking water, a decrease of property value and an impact on local schools.” He encouraged citizens to write to ADEM expressing their concerns as well as request a public hearing. For more information on the quarry, Fuller encouraged attendees to visit www.opelika-al.gov.
As Fuller prepares to run for his fifth term as mayor this fall, he stated what an “honor to serve (the community)” it has been.