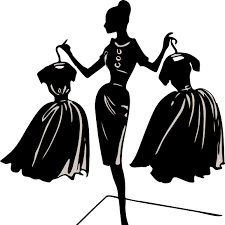 By Auburn Chason
For the Opelika
Observer

The Matilda Irene Boutique, an installment near downtown Opelika, has now expanded and moved to 3900 Pepperell Pkwy, formerly the home of the Firing Pin.
Matilda Irene is a boutique for the everywoman, carrying various styles from sizes small to 3X and accessories including shoes, handbags and gift items, and is owned by Angela Hunt.
“I love sharing my story with others, opening them up to tell me theirs. I lost my middle son in September of last year, and the support I have gotten through this time has been amazing with my customers who have become my friends,” Hunt said. “They now come by sometimes just to talk and pray together. It has become so much more than just a boutique.”
Hunt opened the store in March 2018 and has received endless support from friends and stranger alike who want a boutique look at a reasonable price, as nearly everything offered in house is less than forty dollars. The boutique gets new shipments weekly, so styles change quickly to keep customers in the freshest styles and keep them returning to the store. She noted that her key to staying inspired in business stems from her customer’s needs.
“I love helping women feel beautiful,” Hunt said. “I love seeing women who may not ever step foot in a boutique come in and feel welcome and be able to afford a boutique look.”
Hunt said that her story began with just a monogramming machine and making clothes for her granddaughters and turned into a haven for women looking for affordable clothes. She said she had many requests for plus-sized clothing after she first opened, so she made it her mission to bring trendy and affordable plus-sized clothes to Opelika as well, a missions that will expand as they move to their new location.
Matilda Irene gets its name from family. Hunt found it fitting to give the name of her business a name with a story behind it. Matilda was Hunt’s great-grandmother’s name, and Irene was her mother’s middle name. The store is a fitting tribute to her mother, who passed away in January. With the support she has garnered from the community, she pours it back into the world.
“I pray that… I can be there for a smile even when it’s hard—you never know who needs one. I can be an ear to listen. I may be the only one that does that day. I can help someone who doesn’t feel so pretty walk out with confidence from the inside out,” Hunt said.
Matilda Irene is now open at their new location 10 a.m. to 6 p.m. Monday-Friday and 9 a.m. to 2 p.m. on Saturday. For more information, visit the Matilda Irene Boutique group on Facebook or stop by the new location and see the selections for yourself.