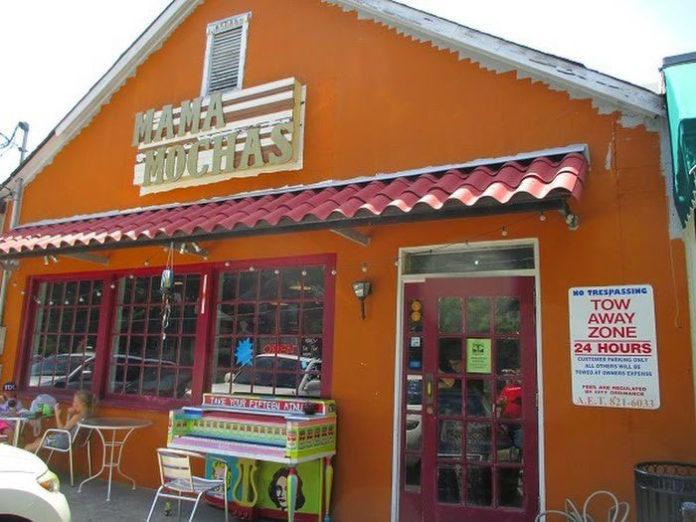 Mama Mocha’s, a beloved Auburn coffee establishment, is making its way to Opelika later this year, opening up a space that will not only satisfy the caffeine cravings of its customers, but serve as a vibrant, active marketplace for the city’s growing arts community.
Sarah “Mama Mocha” Gill, founder of the business, lives in Opelika’s Pepperell Mill Village community, and said it was a dream come true to expand her business into downtown.
“We’re outgrowing our britches essentially … and we need a bigger space to grow and to flourish. And Opelika is absolutely the town I want to do it in,” Gill stated.
The current plan is to renovate the warehouse adjacent to the Red Clay Brewery on North Railroad Avenue, and expand into that space with Wilton’s Catering of Loachapoka.
Needing more room for her bean-roasting operation, Gill plans to export a large part of it to the warehouse. In addition, she said she plans to open a small coffee shop/espresso bar, a marketplace offering fresh, natural produce and baked goods, craft beers, artisan products from Alabama makers, and a vintage video game arcade, furnished by Aaron Bushey of Almost Anything.
“It’s going to be place where people can go, that if they don’t want to necessarily sit and drink, they don’t have to. It’s a place for people to belong … it’s a place for people to go in Opelika, when they’re not sure what do, but just go and hang out,” Gill stated.
A Hokes Bluff native, Gill said coffee has been her lifelong passion. She has extensive experience in the coffee industry, and in 2010, was inspired to start her own coffee shop that soon received several awards and recognitions for its quality drinks and unique array of coffee flavors and blends, and was voted by Mental Floss Magazine as Alabama’s and one of the nations top coffee shops last year.
Gill attributes the business’s exponential growth over the last seven years to her staff, loyal patrons, strong work ethic and pursuit of brewing the perfect cup of coffee.
“If someone can do what I’m doing in my town, better than the way I’m doing it, that’s shame on me. It’s my job to keep my head up, keep my head in the game, and to love other people,” Gill said.
No exact timetable has been set for the business’s opening, but Gill said that renovations are scheduled to begin soon, with plans to open in the summer or early fall.
For more information and updates, follow Mama Mocha’s on Facebook.