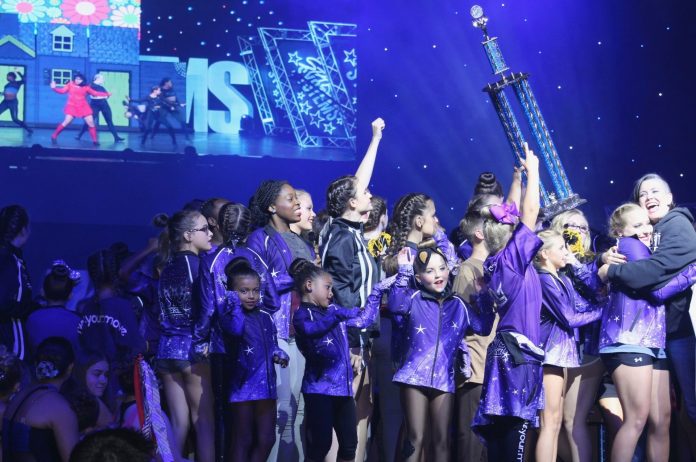 Make your Move Performing Arts Studio was awarded the Grand National Championship Award at the 2018 Star Systems National Dance Competitions in Sevierville, Tennessee.
The teams competed against 64 other acts, and their hard work paid off with the big win.
The studio also brings home a National Championship Studio title in two different divisions. Both the beginner’s and intermediate levels – Shining Stars and Shooting Stars respectively – received the recognition in an award ceremony Saturday. This award is given based on the accumalative level of points earned over the entire week of competitions, according to Marty Moore. Throughout the course of the week more than 650 performances were judged. Moore’s daughter Mandy is the current owner and operator of the studio, and her sister Jamie is the choreographer for the studio.
Mandy opened MYM in 1993 in Auburn and relocated the studio to Opelika in 2004. It was in 2004 that Jamie joined Mandy in running the operation. Jamie had also pursued a career in dance and choreographs the studio’s performances.
Make Your Move Performing Arts Studio is located at 1220 Fox Run Ave. in Opelika.
For more information, visit their website: makeyourmovedance.com.