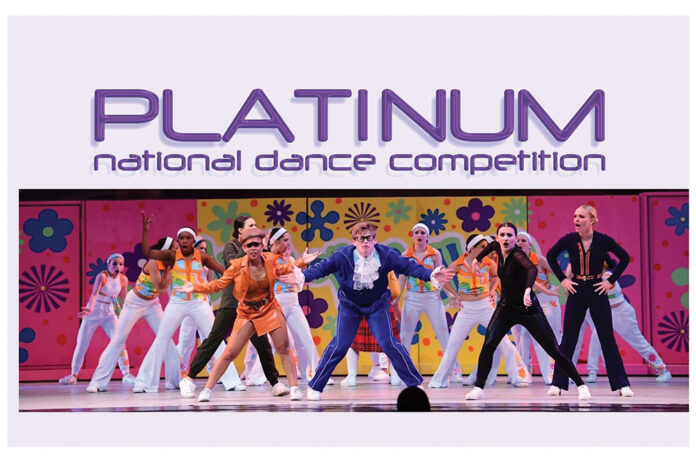 “We attend [Platinum National Dance’s] regional competitions every year, and every other year

we go to their nationals,” said Make Your Move Owner and CEO Mandy Moore. “We were hoping but you never know. We always don’t put a lot of stock in it, but of course it’s amazing when you do come out the winner.”

Platinum National Dance Competition is a national organization that holds competitions which showcase dance studios from a variety of disciplines, from clogging to jazz, ballet, African, hip-hop, folk, modern and traditional.

“[Platinum Dance Competitions] have 41 or 42 regionals across the country, and they pick whoever has the highest score at the actual regional competition,” said Make Your Move Director Jaime   Moore. “They are the ones who get move on to the next level. The first part was a popularity contest; the second part, they had all their judges watch. I’ve got 1,500 friends on Facebook and I think I tagged about half of them.”

The theme of this year’s Dynasty dance routine was rooted in the Austin Powers film series, Jaime   said.

“We had 12 main characters, Austin Powers, the female protagonist and others, and then seven of the most noticeable bad guys,” Jaime   said. “We had a Mini-me, and she wore a bald cap, and then we had seven Mini-Mini-me’s and they all wore these hilarious bald caps. At first the girls were like ‘we are not doing that,’ but after getting all the attention at competition, they love it.”

That level of preparation and the commitment to demonstrate a creative routine put the studio and in a position to differentiate itself from the pack of other studios.

“We had high hopes, but a lot of times choreography is awarded to more of the lyrical, contemporary stuff, and this is a hip-hop production,” Jaime   said. “But I think the characterization, the music choices — I go in and find sound clips from the movies and pepper them in to tell the story — helped to booster the choreography part.”

The Dyansty competitive team is made up of about 40 dancers and 14 staff. The dancers in this year’s production included boys and girls ranging from ages 5 to 18.

According to Mandy, the inclusion of a variety of different age groups not only lends to Make Your Move’s creative routines, but its greater mission of establishing welcoming and uplifting community of dancers.

“In our productions we try to include all of our teams,” Mandy said. “Dance is seriously a bi-product of what we do here. We are trying create a culture and community of love, acceptance, diversity and inclusiveness. We find that when we do the productions, brining all those age groups together, it gives the opportunity for the older ones to be mentors to the younger kids and they really get to know each other and develop a bond that goes beyond dance class. That’s what we are most proud of.”

Of course, recognition on a national level will always be welcome, too, and Mandy and Jaime   — sisters who are self-proclaimed best friends — hope that awards like the Choreography of the Year will inspire the studio to even more future success.

Keep up with Make Your Move Studio via its Facebook page @MYMDance, or by visiting the website, www.makeyourmove.com.