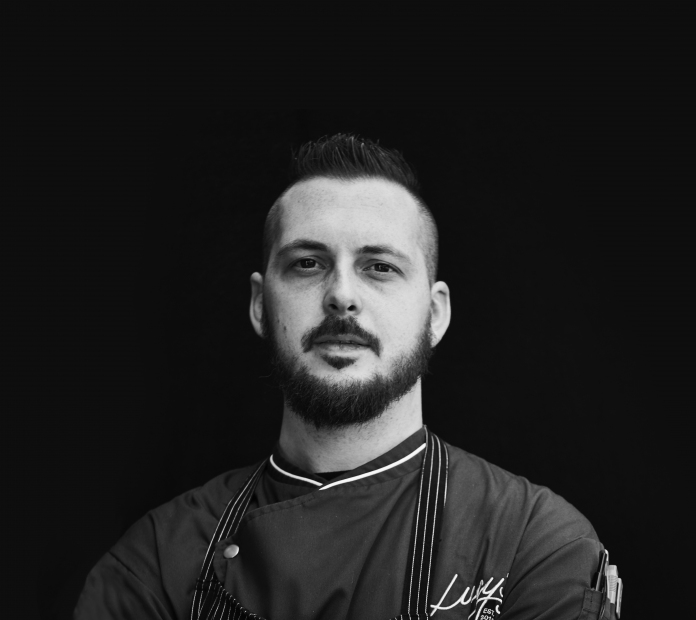 The Alabama Seafood Marketing Commission announced last week that Chef Brian Paolina of Lucy’s in Auburn has been named as November’s “Alabama Gulf Seafood Chef of the Month.”
Alabama Gulf Seafood honors chefs statewide each month for their commitment to providing customers with the finest culinary options using seafood sourced from Alabama waters.
“To me, what’s most important about sourcing locally is having the privilege of seeing your product grow from start to finish, meeting the farmer who made it all possible and hearing their story,” Paolina said. “Knowing that your guest is tasting something so fresh and grown just miles down the road helps you build a relationship with the community and the farmers.”
Additionally, Paolina’s recipe Charred Gulf Oysters with Pimento Cheese, which includes locally-harvested oysters, was named Alabama Gulf Seafood Recipe of the Month.
Paolina was born and raised in Los Angeles, California, and took his first job in the restaurant industry at age 17. He later attended culinary school at the Art Institute of California, relocating afterward to Auburn where he opened Lucy’s.
Lucy’s is known as a modern American neighborhood eatery where locally sourced food is made and served from the heart. In-house Alabama Gulf Seafood menu options include various seafood and oyster dishes from the Gulf of Mexico.
Referring to what makes Alabama Gulf Seafood special, Paolina said, “The Gulf of Mexico has over 4,500 species of seafood, and Alabama alone has around 150 — with over 100 species considered globally rare. The warm water and high salinity levels give our seafood a distinct, sweet and earthier flavor not found anywhere else.”
For more information on Alabama Gulf Seafood, visit EatAlabamaSeafood.com.
ABOUT THE ALABAMA SEAFOOD MARKETING COMMISSION
Established by state-appointed executive order in March 2011, the Alabama Seafood Marketing Commission (ASMC) was created to help provide advice, oversight, management and encouragement to the marketing of Alabama seafood. Led by Chris Blankenship, commissioner of the Alabama Department of Conservation and Natural Resources, the ASMC is composed of volunteer, governor-appointed members including fishermen, processors, charter boat operators, retailers, restaurant owners and others both directly and indirectly related to the Alabama seafood industry.