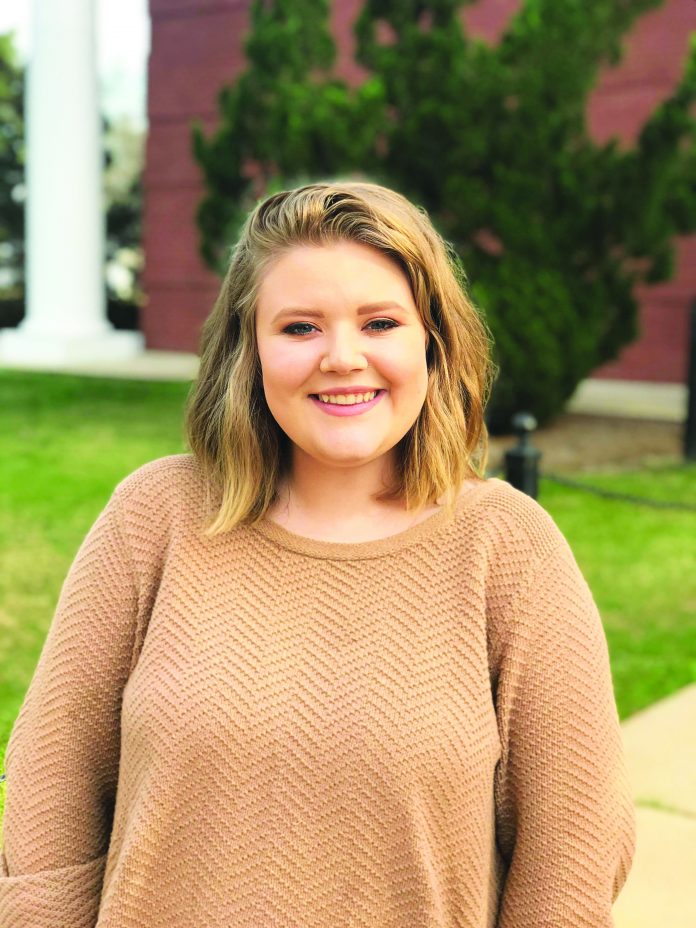 In a few months, a former writer for the Opelika Observer will realize one of her dreams of becoming a published writer.
Auburn Terry, an Opelika native and current student at Faulkner University in Montgomery, will have her short story, “To Bloom Another Year”, published by Z Publishing in a collection this August titled “Alabama’s Emerging Fiction Writers.”
According to Terry, a scouter noticed one of her satire pieces in Faulkner’s annual creative arts publication and asked her to send in more of her work. After learning she was being considered for publication a few months ago, Terry said she was “elated” when she received the good news March 21.
Terry described the plot of her story as “the last part of several other stories.” She also credited Gayle Forman, a young adult fiction author, as inspiration.
After a high school girl’s father passes away, he leaves her several letters and money to travel across Europe with her best friend. The story chronicles her last stop on the trip in Rome, Italy, during which she reads her father’s last letter to her at the Trevi Fountain.
The letter contains a poem by English poet John Keats with words of comfort: “Shed no tear! oh, shed no tear! The flower will bloom another year,” which inspired the title of Terry’s story.
“The protagonist—she reads this, and she realizes that sending her across Europe wasn’t a big show, it was just about letting her know she’s always going to be taken care of, and there’s no reason to be afraid of the future,” Terry explained.
Though considered a fictional story, Terry said “To Bloom Another Year” is also semi-autobiographical.
“I hope people will see me in it, and I hope that they will enjoy knowing that some of it is autobiography and some of it is fiction, and I hope that they will find that the story is written so well that it doesn’t matter what parts are autobiography and what parts are fiction,” Terry said.
After her father passed away in 2009, Terry said she turned to writing as a form of therapy. She developed a routine of coming home after school, watching “Moulin Rouge” and filling up a yellow legal pad with words. This routine helped her get into the habit of writing on a regular basis. Today, she continues to write constantly for her college courses.
In 2014, Terry wrote an essay that won her two tickets to the Tony Awards. She also recalled winning an essay contest in elementary school explaining why she was proud to be an American that was judged by the governor of Alabama.
Terry said she hopes to add more to her story in the future that details the protagonist’s time in other parts of Europe.
“I was really excited (to find out the story will be published) because it’s just a lot of hard work paid off, and it’s kind of a small payoff, but it feels just really, really good,” Terry said. “Even the support I’ve had from family and friends who found out … with me—it’s just been a really awesome experience.”