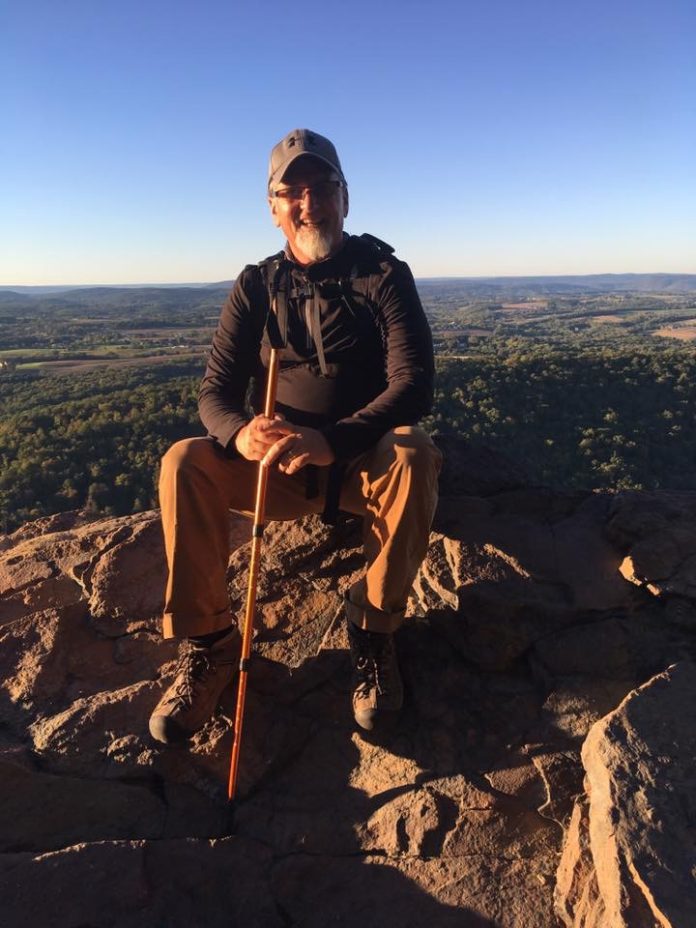 Opelika pastor Rick Hagans embarked on his 24th annual walk to collect shoes last Saturday, a 400-plus mile trek across Wyoming.
Hagans explained that the tradition began on a mission trip in December 1992 to Reynosa, Mexico, where he met a young boy wanting to exchange his toys for a pair of shoes.
“It broke my heart that a kid would want and need shoes, willingly giving his toys away for them …but we had nothing to give him. So, I told the little boy that I would come back that summer and give him some shoes,” Hagans said. “So, during spring break the next year in Birmingham, I was preaching at a church, and in a spur of the moment an idea hit me. I asked the church, ‘if I walk across Alabama, will you give me a pair of shoes for each mile I walk?’”
The following summer, Hagans and his crew brought more than 40,000 pairs of shoes to Reynosa, and he kept his promise to the boy.
Since 1993, Hagans, founder of Harvest Evangelism and its umbrella programs, has walked 37 states to collect shoes for his annual December trip to Reynosa. This will be his first time walking in California.
Besides collecting shoes, Hagans said he enjoys the experiences and people he meets along the way. He recalls stories of riding with self-proclaimed witches and warlocks to a coven and saving a drunk man from freezing to death on a frigid night in Alaska, all the while sharing his faith and love for God with everyone he meets.
“I always tell people, you don’t have to walk across America to make a difference. You can walk across your street to make a difference, you walk across an aisle at school to keep a kid from getting bullied,” Hagans said. “Big religion tells you to come in and take a seat, and watch the show. But faith invites you to take a step and become a part of the story – His story.”
Hagans said they will set aside enough shoes this year to help with the Hurricane Harvey rescue efforts in Houston and provide shoes for all foster-care children in Lee County.
Those interested in keeping up with Hagans’s journey can follow him on Facebook, Twitter, YouTube or the Harvest Evangelism website. Hagans requests that donated shoes be new or in good condition.
For more information about the walk or making donations, visit www.harvestevangelism.org or call (334) 742-0777. Hagans’s annual Mexico trip is scheduled for Dec. 16-23.