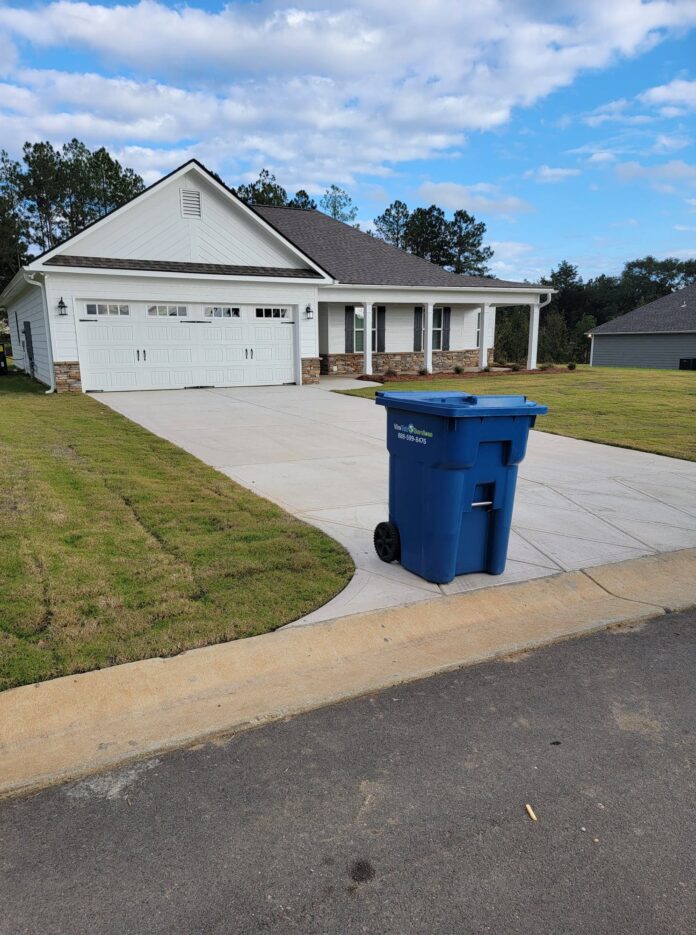 The Lee County’s Trash Collection Plan is in place — curbside pickup with an exclusive contract with Arrow Disposal.

However, this has forced other businesses, that were providing trash pickup in the county, out of business.

Willie Philpot, owner of local business ViroTek Services, announced he would have to stop servicing the county at the end of February, due to the county’s contract.

Citizens have been offered a 95-gallon trash can that will be picked up once a week.

The drop-off sites will be available on one weekday and one Saturday a month. They will be fenced off at other times and inaccessible to the public.

Bulk pickup would be handled with twice-a-month pick-ups, said County Engineer Justin Hardee. If citizens need bulk pickup more often, they can call the county and request a pickup and pay a fee in advance.

Hardee said this could eventually be transitioned to once a week, but for now, the ocunty will stick with twice a month.

The cost for the first couple of years will remain the same as what residents currently pay — $222 a year.

Several businesses that have served the county for years asked to continue servicing residents.

Philpot said he first became aware of changes to the county’s plan in March 2021.

“The county sent out letters asking certain vendors to attend kind of like a private session where they could kind of discuss everything when it comes to the trash situation,” he said.

However, Philpot’s business was not included, along with other small businesses. He said he showed up to the meeting anyway.

“I put my name down, then they got my email address and by me attending, they had to send me information too,” he said. “So, that’s when I began talking back and forth with Mr. John McDonald … Mr. John McDonald said that the county cannot make it mandatory that the citizens participate in the curbside program.”

In documents obtained by The Observer, McDonald is quoted in an Addendum to Bid number 2021-10 Section 6 as saying, “Vendors should be aware that citizens could contract for private garbage removal and disposal and the county could not mandate that they participate in the County’s curbside program.”

Philpot said at that point he had hoped to continue his business.

In June, Philpot said that the County Attorney, Stan Martin, reached out to his attorney.

“They wanted us to submit a customer list, a full customer list, the service agreement to the full list, where do we take the trash and dispose of the items and insurance and stuff like that,” Philpot said. “So we had to submit that information by Oct. 15.”

Philpot said he submitted his information by the deadline but has yet to hear back from the county or commission on that information.

However, later on, following the approval of the contract with Arrow Disposal, the county said that citizens would need to participate in the county’s plan.

“My understanding is the county is not telling private vendors they cannot provide the service to citizens if the citizens wish to continue to use them,” said County Engineer Justin Hardee. “They can still use them if they wish to but they will be also participating in the county system.”

This means that while citizens can use a private vendor, they will also have to pay the county’s fees.

“That situation is forcing the citizens to have to pay twice if they wanted to use a local vendor to service their home,” Philpot said.

This forced Philpot to ask how many of his customers would continue utilizing his service.

“When you wake up to [emails] saying, ‘Willie, you’ve been with us so long. We hate to have to leave you, we just feel like we have no choice. The county is forcing us to do this. I don’t understand why would they would do that to you or us?’ When you wake up to 70% of your business leaving due to the county’s actions, it just doesn’t make any financial sense [to remain in business].”

However, the community has rallied behind Philpot and his business.

“You have people out there that don’t know me from a can of paint and they’ve been following the story all along, all this time, and the support has just been awesome,” he said. “Just the fact that people want to support local. So when somebody pays for my service, my money goes back to the community … They took away the rights of the citizens by telling them who they want to service their homes. And me, as a local citizen, if I want to shop local, I should be able to do so.”

Philpot said of the commissioners, “I’m going to see them all in 2024.”