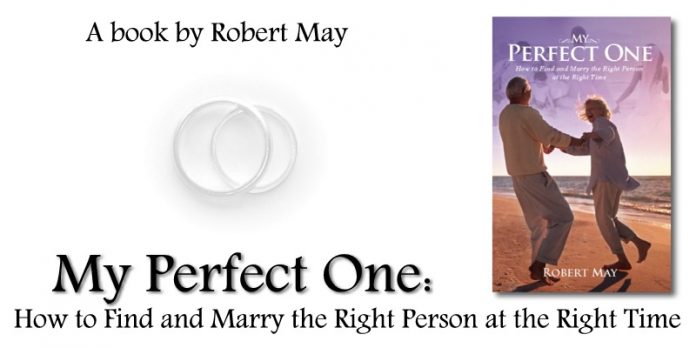 Equipping individuals to find their soulmate is the goal of ‘My Perfect One: How to Find and Marry the Right Person at the Right Time’, a book penned by Lee County Deputy Sheriff Robert May.
Through the fill-in-the-blank pages, May said he presents his views on relationships and marriage from a Biblical perspective, something he said is an oddity in today’s world.
“My whole goal with the book is to offer hope to everybody, regardless of the situation they find themselves in, and if they’re not in God’s will, to get in God’s will,” May said.
Beginning the book is a chronicling of May’s love story with his first wife, Gail. During the next 31 years, the couple would have five children and serve for more than 20 years as missionaries in Matehuala, Mexico.
May said he decided to start writing the book in 2006 as a way of inspiring others through his and Gail’s love story. The focus of the story would change, however, following her diagnosis of terminal cancer in May 2010.
After a yearlong battle with the disease, Gail died. May said he soon returned home, and put the book’s writing on hold.
By fall 2014, May said he was established in his career at the sheriff’s office, and not looking to remarry. Those plans would change after being reunited with an old high school friend and classmate, Marshia, who had also lost her spouse to cancer.
“Marshia and I reconnected through Facebook … and after both of us got to talking, we realized that we had a lot in common. But neither of us were looking for a mate,” May said. “But we felt that God had brought us together for such a time as this and that we could be the companion to each that we needed to be.”
Another unique aspect of the book is May’s view on dating. Instead of traditional dating, which he said is a “practice for divorce,” May explained that he believes courtship is the most effective way for a couple to determine their compatibility in all phases.
“I break courtship down into two segments: first, when one is single I believe their focus needs to be on God and their relationship with Him instead of seeking a mate. And in God’s time, He’s going to bring the suitable mate for you,” May said. “I don’t believe that there’s just one in the whole world … if that somebody doesn’t stay in God’s will, then He’ll provide someone else who will. Also, the Bible talks about the heart being deceitful in all things, and I don’t believe that anybody can depend completely on their heart to make a decision. They need the input of Godly parents, pastor or another Godly person to speak into their life that can listen, speak, pray and have a confirmation for them.”
The book is available on Amazon and Infinity Publishing’s website for purchase. For more information about the book and its author, call 334-750-3593 or email notasulga@outlook.com.