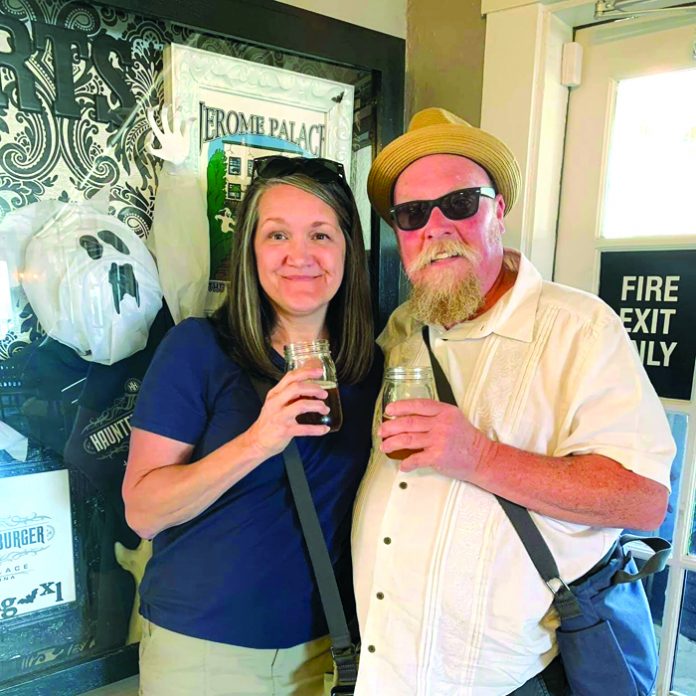 Lisa Wilton, who served in the US Navy in the early 1990s, co-owns Wilton’s Catering along with her husband Chris Wilton and a third business partner, Senna Barnett, who has been a part of the business for many years.
Lisa believes that her military experiences helped her to develop skills that prepared her for managing a growing catering business that prides itself on providing excellent food and customer service. The business’s Facebook page reaffirms the commitment of the team, stating that Wilton’s Catering is owned by Lisa, Chris and Senna Barnett. “The post goes on to say, ‘We three owners, along with Catering Associate, Rachael Tierney take great pride in the products we serve, ensuring everything leaving our kitchen meets our very high standards.'”
Experiences in the U.S. Navy
Lisa said that she began to consider military service in 1991 after graduating from The University of Montevallo with a degree in English and a minor in journalism. She started looking for career opportunities that would provide stable employment, decent pay, and meaningful experiences.
However, she had difficulty finding jobs meeting such criteria with her liberal arts degree, and her career exploration led her to speak to a friend who was serving in the US Navy. After talking with her friend and hearing about the career and travel opportunities that the Navy provided him, Lisa did more research, and she said, “In some weird turn of events, I ended up going to a Naval recruiter.”
While the greatly limited number of officer slots for liberal arts majors from non-military colleges prevented Lisa from entering as an officer, the military offered the opportunity to learn a trade while serving. “I went in and enlisted as an E3, and I was an AMH, which is an Aviation Mechanical Hydraulics mechanic,” Lisa said.
“I worked in this shop called Airframes, and what they do is take care of the hydraulic components of an airplane and all of the structural components.”
After basic training in Orlando, Lisa went to hydraulics school on the NAS Millington, near Memphis, Tennessee before working on the NAS Miramar in San Diego. She served from 1992 until 1995, when she chose to leave the military as part of one of the voluntary early release programs that the federal government offered at the time. The military provided the opportunity to learn skills that were transferrable to other areas, which helped Lisa in jobs after her service, and ultimately led to her success in the disciplined and detail-oriented work necessary to own a business.
How Wilton Joined the Catering Business
After leaving the service, Lisa worked with the American Red Cross and nature conservancy before moving to Auburn to be closer to her then-fiancé Chris, who she then married. Upon moving to Auburn, she began working with Wilton’s Catering on a limited basis while working full time at Auburn University under the Office of Research Compliance.
When a niece who had helped to run the business moved away, Lisa joined the business full-time. Her involvement in Wilton’s Catering increased further when Chris’s mother decided to retire from the catering business.
Earlier this year, Lisa, Chris and Barnett, who had been the face of Wilton’s Catering for years prior, bought the business.
How Military Training Prepared Wilton for Business Management
Lisa enjoys baking and helping with the administrative side of the business, where the attention to detail and management expertise that she developed during her service enabled her to succeed. Lisa’s focus on business administration allowed her husband to focus more on the creative side of the business and on crafting excellent recipes.
When asked about her favorite aspects of owning her own business, Lisa said, “One thing I love is being my own boss, in conjunction with this partnership. [I enjoy] being able to make decisions with what happens with our business and which direction it goes.
Lisa explained that the partnership is a success because the team possesses this sense of excellence that they want to achieve.
“We do all our sauces, meats and vegetables fresh from scratch, and all of our desserts are from scratch,” Lisa said.
Current Life and Future Plans
Wilton’s Catering is set to expand soon. The partners own the entire building that houses the catering business, but they have been renting half of the building out. Since the Loachapoka Post Office is planning to leave their half of the building, Wilton’s Catering intends to seize the opportunity to expand.
They also hope to obtain a liquor license in the future, enabling them to serve both food and drinks rather than partnering with bartending services.
Owning their own business enables Lisa and Chris to have control over their lives, both at work and in their leisure time. “The great thing about Chris and I is that we both love traveling to fun places and having fun adventures” said Wilton. “We’ve traveled to Anchorage, Alaska, Roatan, Honduras, and we’re planning next year for our tenth anniversary. I think we’re going to go to New Zealand.”
When asked about her philosophy on life, Lisa said that she and her husband share similar values, each preferring to focus on meaningful experiences, such as travel, while living below their means in other aspects of life.