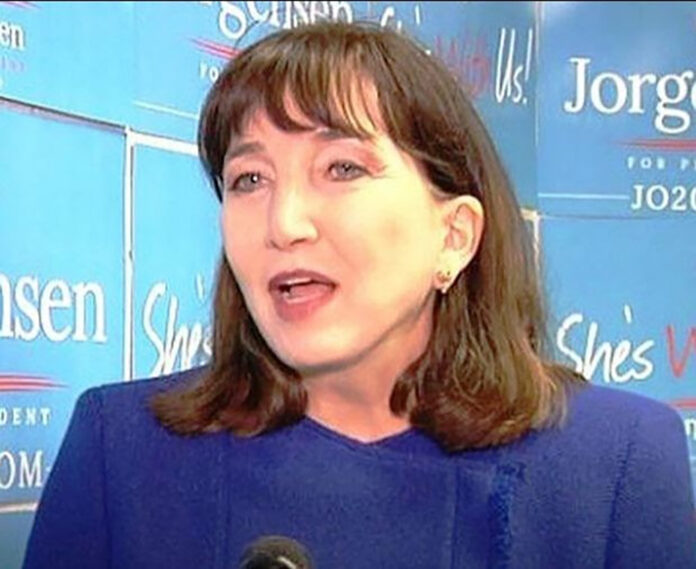 Courtesy of the
Libertarian Party of Alabama

The Libertarian Party of Alabama received confirmation from the Secretary of State’s Director of Elections, Clay Helms, that Dr. Jo Jorgenson and Jeremy “Spike” Cohen have met the signature requirements to be on the Alabama Ballot Nov. 3.

Jorgensen and Cohen were nominated during the national Libertarian Party convention in June, the nation’s first completely online national convention.

Collecting these signatures is a legal requirement for the Libertarian Party that is not required for the Democrat nor Republican parties. They require only the certified nomination by their national and state party representatives. However, those same vintage parties that require only paperwork for themselves, are putting additional burden on their challengers. This disproportionate requirement is based on defining the Libertarian Party as a “Political Action Committee”, instead of a “Political Party”, and effectively excludes the libertarian candidates from including their party affiliation on their ballot. (Refs. Al code sections 17-13-40, 17-5-2, and 17-14-31).

Collecting these signatures was quite a task for the volunteers across the state. Petitioning during a regular election cycle is difficult enough, but in 2020 the coronavirus pandemic made canvassing complicated; masks and social distancing challenged communication and 10 person gathering limits eliminated rallies and voter drives.

Despite all the challenges, the grassroots Alabama libertarians were able to do what no other party in the state has done: get thousands of people to sign their name and say, “I want HER to be an option for POTUS.”

Jorgensen and Cohen are expected to appear on all 50 state ballots and have been touring the country tirelessly, bringing the message of individual liberty and self-ownership to the American voters.

Learn more about the candidates at www.jo20.com.