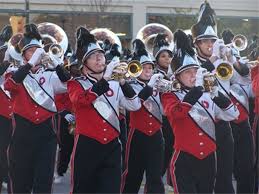 To the Opelika Chamber of Commerce,
Hello, my name is Holly Long, and I am a resident of Opelika. I would like to address an article I read regarding the Opelika Chamber of Commerce cancelling Opelika’s tradition of having our beloved Christmas parade stating low attendance and requests from citizens to have a tree-lighting event, instead. I can not even begin to state how I, and many other citizens of Opelika, feel regarding this decision made by the Chambers. It has not only saddened me to think that such a happy tradition for so many people is suddenly just taken away, taken away without the knowledge that this was even being discussed, but it also makes me angry and hurt knowing that I did not get to give my input. Something so special to so many for so many years is just gone. Only our wonderful memories as children attending the parade then being able to take our own children and to see such happiness on their sweet faces remain. How was this decision made? I want to know what citizens requested our tradition be ripped from our community, our hearts, and from our souls. Low attendance was stated as a reason. I have attended the Christmas parade for many years, and I have not noticed a significant decline in attendance, however, I did not count each individual, but did anyone? Did the Chambers consider getting the opinions of all the citizens of Opelika on this topic or just a handful? I was not given the chance to express my opinion. That may be my fault due to not knowing when meetings were held and the topics on the agenda to be discussed, but that does not make it ok to make such an impactful decision without giving the public the resources to know exactly what is happening within our community. This has been an eye-opener to say the least. Was it ever considered by the Chamber to modify the parade and change it back to Wednesdays and maybe start the parade at a later time followed by the lighting of the Christmas tree? This could have been done for at least a few years to see if your stated reason of low attendance could be turned around. This could also boost sales for downtown businesses that day/evening by doing both the Christmas parade and then the lighting of the Christmas tree. Makes perfect sense to me. I am requesting that the Chambers bring back our tradition or at the very least, allow all the citizens of Opelika to have a say in this decision.
This is my personal opinion, but I am confident in stating that this is the opinion of many, for the most part. I also feel confident stating that I have many supporters on this issue. Give me and others the chance to address whomever we need to in this matter.