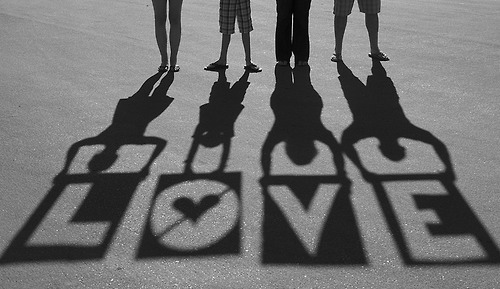 As a holiday, Valentine’s Day is traditionally a day for couples. But this year I would like to challenge our readers, singles and couples alike to make this Valentine’s Day something more. On any given day, we are bombarded by stories that foster hate, division, anger, and general dislike for each other. Marriages are crumbling, divorce is common, and friendships fall apart over a difference of opinion on a social media post. Day after day I see friends commenting that they are going to take a break from social media because of all of the negativity. I get it. It surrounds us, working incessantly to drag us down and bring us to the brink of despair. But I contend that it does not have to be that way. Imagine a world where people tried to follow one of the most basic things… to love one another. Not love one another only if they agree with me, not love one another only if they look like me, think like me, vote like me or even watch tv like me. Rather simply love one another. Love EACH other. Love others. Love. It really is that simple.
Or should I say, the concept is simple. Putting it into action is not always simple. So how do we overcome the challenges and love one another?
As I have shared before we have a special needs adult son. When he was in elementary school his nickname was “Dr. Love.” He loved everyone and everyone loved him. He could walk into a room or the cafeteria and you could feel the love that was shared. He did not learn this, it is just a part of who he is. He loves. Here is how I believe he does this:
He Listens to people. While he often struggles with being in crowds, he does enjoy being around and listening to people. Often times, he is listening even when we think he is not paying any attention at all. Once, our dear friend Ruth who was paralyzed after a stroke asked her daughter for a blanket because she was cold. Before her daughter could even respond, he had jumped up, ran into the other room and brought back a blanket and put it on Ruth’s lap. He had been listening.
He Observes people. He does not see people’s flaws, their mistakes or their weaknesses. He sees the person underneath all that and loves them He sees the person – not all that other stuff that we tend to get stuck on.
He Values people. He probably does not truly understand the concept of valuing people, but nonetheless, he shows that he values you by his actions. For example, every single time we get ready to go to bible class, he asks about every single person that we go to church with, by name. He wants to know if he will see them that day. Because he values them.
He Expresses his love for people. For the longest time he was completely non-verbal so this expression of his love often comes in the form of a hug and a big smile. He draws pictures for people. He sends texts messages to people. He learns how to spell your name. He finds a way to express his love.
So, what will you do this Valentine’s Day to show your love to a friend, a neighbor, a stranger? Send us a message and let us know.