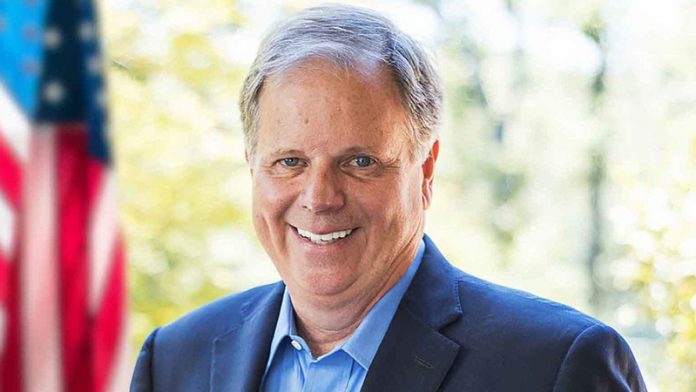 This is a difficult day for all of us. New unemployment numbers released (Friday) morning, some of the worst in our nation’s history, paint a grim picture of the economic devastation caused by the COVID-19 pandemic. Millions of Americans, and many of our fellow Alabamians, are out of work through no fault of their own.

Two things are clear. We must do even more to assist those businesses and workers who are suffering the economic impact of this crisis. Our mission must be to save lives as well as save Alabama’s businesses, large and small, and the jobs Alabamians depend on. But, we also have an opportunity to put our state at the forefront of creating good-paying jobs in industries that will define the economic future of our country.

One of the many lessons learned from the COVID-19 crisis has been that we must do more to reduce our dependence on foreign suppliers of healthcare equipment. But, with the right vision, and with business and government working hand-in-glove, I believe our state can become a leader in health care manufacturing jobs. We can use this moment to revitalize our state economy, bring home jobs from overseas and contribute to the coronavirus relief effort. This won’t be easy, but the scale of the current economic downturn is such that we can’t rely on small ideas.

That’s why I’m introducing legislation to incentivize American-made health care manufacturing. Across the country, we are seeing shortages of Personal Protective Equipment (PPE), masks and ventilators, among other essential equipment. America has been forced to look overseas for these supplies because we don’t make enough of them here at home. That has to change: from a preparedness standpoint, from an economic standpoint and from a security standpoint. Just as auto factories in World War II built Allied tanks and bombs, we can protect America by rebuilding the nation’s PPE stockpile. And Alabama can lead the way.

I believe our state’s idle factories are ideal places to jumpstart this sector of our economy. Goodyear announced last month the closure of its Gadsden plant. Wetumpka’s Frontier Spinning Mills closed last year. Since 2015, 55 plants have been slated for closure, according to the Alabama Department of Commerce. With so many of our friends and neighbors unable to find work, and the nation crying out for more health care equipment, we should be looking to put these idle factories back into productive use. My legislation would reward companies who re-purpose these factories to join the fight against the pandemic and better prepare for the future by allowing them to immediately write off the costs of any new equipment used in their efforts.

We are primed to transition to this new economic frontier because we’ve done it before. After NAFTA upended our state’s economy and sent textile manufacturers looking for cheaper labor beyond our borders, we adapted and built a thriving auto manufacturing industry that is among the most successful and productive of any state in the country. My bill would help keep jobs in our state by helping employers hire American workers and retraining them for these new jobs. In the last two decades, we have created an attractive environment for prospective employers and the aerospace and defense industries have further strengthened and diversified our economy. My legislation makes it easier for workers to transition to new careers by allowing them the flexibility and resources to learn new skills.

Recently, I asked Gov. Kay Ivey to consider creating a task force that would bring together the business community and experts to look at Alabama’s existing manufacturing infrastructure and leverage our world-class medical research capabilities alongside my legislation. Ensuring our economy is strong enough to weather another outbreak has to be an essential component of re-opening Alabama’s economy and securing our future. But we have to act fast. If we don’t jump at this opportunity, other states will.