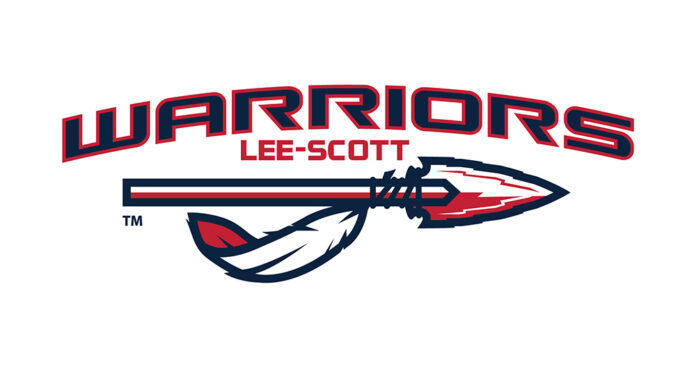 HARRISON TARR
FOR THE OBSERVER

When the Lee-Scott Academy Warriors traveled to Mongtomery, Alabama, on Friday night to take on the Knights of Valiant Cross Academy, the navy and scarlet sought to build upon a three-game winning streak in which Buster Daniel’s defense had shined. The Warrior defense proved ready for the challenge again in Lee-Scott’s 16-0 defeat of VCA.

After receiving the ball to open the contest and being forced into a punt on the Warriors’ first possession, junior linebacker Landry Cochran gave his offense another opportunity to post points on the board by intercepting an errant pass off the arm of senior VCA quarterback Antavious Jackson.

Following the turnover, Daniel’s offense drove the length of the field before sputtering inside the 10 yard line and was forced to attempt a field goal which was ultimately blocked, seemingly shifting momentum back in favor of the Knights. The Warrior defense had other plans; the stifling front seven forced the white and gold into a game-altering safety.

“Any time you can get a safety from a defensive standpoint it helps out,” said Lee-Scott head coach Buster Daniel “That was a big turning point for us. We were struggling to get anything going offensively so our defense pulled us out right there.“

It was at this point at which the scarlet and navy special teams had its opportunity to prove its worth. Senior wide receiver Patrick Futch took the safety-induced free kick all the way back for a 68-yard house call, a feat that his head coach claims to have effectively energized the LSA sideline.

“[I told him] great job,” Daniel said of Futch’s return. “That’s exactly how you run a kickoff back, you know, there is no dancing around or tip-toeing, it’s just find a seam, hit it and run it full speed. So, excited to see him do that.”

When the VCA offense returned to the field, the Knights found themselves in a 9-0 hole and seemingly began to flail for any form of promising production; once again, Daniel’s defensive unit had other plans.

The Warriors forced the Knights into a punting situation at midfield where the unit brought the house and recovered a poor snap, leaving quarterbacks Tate Mckelvey and Ryan Dearling with sufficient field position to drive down the field yet again, finding sophomore wide receiver Andrew Hahn for a 17-yard touchdown through the air.

Lee-Scott headed to the locker room at halftime leading its opponent 16-0.

Happy with the first-half shutout, but wanting more from his offense, Daniel told his team in the locker room “to go back to the basics and doing the things we were used to doing.”

Consistent with the majority of the Warriors’ previous contests thus far in 2021, the final 24 minutes of game time was a defensive showcase. Despite the Warriors’ inability to establish any form of offensive consistency, there was seemingly no way for the hometown Knights to push themselves on the scoreboard.

The Warriors posted an additional pair of interceptions from junior DB Pete Lanier and sophomore linebacker Jonathan Meyers before the clock struck double zeros, leaving Daniel’s squad on the winning end of a 16-0 contest.

Despite the win, Daniel said there are things his team needs to improve on.

“We had a lot of trouble picking up there defensive fronts and moving the ball,” he said. “We got to cut down on silly penalties, which are before the snap penalties — we had a lot of those.”

Lanier, Daniel and the rest of the Warriors will look to capture their fifth consecutive win as the squad plays host to 2-5 region foe Hooper Academy on Friday, Oct. 15. Kickoff between the two squads is set for 7 p.m. CST.

“We are going to do what we do,” Daniel said. “This is a week to take care of Lee-Scott and get Lee-Scott better.”