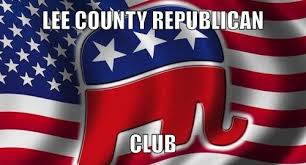 On June 12, the Lee County Republican Women’s Luncheon took place at the Saugahatchee Country Club. The speakers present were Rick Pate and Gerald Dial, candidates for Commissioner of Agriculture and Industries; Tracie West, who is running for Alabama State Board of Education and Ali Rauch, wife of Todd Rauch, who is running for State Representative District 38.
The Commissioner of Agriculture and Industries oversees a $70 billion industry with more than 400 employees and is often overlooked. Rick Pate, a 1978 Auburn graduate, started his own business in 1982 and has been successful. He said he looks up to his father, who was a leader in the cattle business and is “in about every agriculture hall of fame that I know of in the state of Alabama.”
Pate has also served as the mayor of Lowndesboro, Alabama, for 13 years.
Gerald Dial and his wife made the decision a long time ago that the best thing they could do to increase the feeling of being worthy and to do something worthwhile to serve the people.
He said he sees the Commissioner of Agriculture and Industries as the second most important job, behind the governor.
“I feel like my relationship with the legislature will allow it to continue to fund this department as should be and prohibit those cuts that may come down the road,” Dial said.
West is a Lee County native and has been serving as the president of Auburn City School’s Board of Education for the last two years and has been a board member for nine years. She also runs her own business. She stated that educating our children is the most important thing we can do for our state. “If you look at our nation’s report card, every two years it comes out and reflects your fourth and eighth grade in reading and math and science. The state of Alabama is 47th in the country in reading in the fourth grade level, and we continue to stay in the bottom tier,” West said. “Right now, only 31 percent of our fourth graders are proficient readers.”
Lee County has never had a person in position on the state school board, and West said she is hoping to change that with her passion for setting Alabama’s children up for success.
Todd is a retired member of the U.S. Army and a Purple Heart recipient for the war in Iraq. He is a strong Second Amendment defender and was the pro-life candidate of choice by the Alabama Citizens for Life.
Ali said she and Todd have put in countless hours on the campaign trail.
“We are humble, we are proud, we are pumped, we are so excited because we are not politicians, this is not what we do, but boy are we working hard,” Ali said.
She describes him and her as a team working together, having knocked on more than 4,000 doors throughout the district.
Ali said her husband, if elected, has a strong desire to be a voice for educators in Lee County, and wants to work with them and receive their input on legislation and bills being discussed.
He is currently in a run-off against Chamber County’s Debbie Woods.