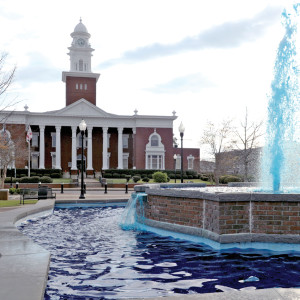 In Monday night’s Lee County Commission meeting, commissioners continued discussion of Lee Road 79. Several residents of Lee County that live along Lee Road 79 spoke during the meeting, expressing their concerns regarding the roadway and acknowledged that they use the dirt road on a regular basis. Judge Bill English recited information provided by Attorney Stanley Martin.
A public road may be established by one of the following ways:
1. By dedication of the road by the owner and subsequent acceptance by the proper authorities.
2. A road that has been used by the public for a period of 20 years.
3. By prescriptive right of way.
The commission has asked County Engineer Justin Hardee to determine the center line of the road in question and measure from the entrance of Young’s Plant Farm, which is the end of where the county maintains the road, to the East side of Bird Creek. Further more, they have requested that Hardee determine the width of the prescriptive right of way along this stretch of roadway. Hardee stated that this will be a labor intensive take and it is unlikely to be completed by the next commission meeting. This precise documentation will assist the commission in being as specific as possible in making a final determination about whether the road should be affirmed as a public road by prescriptive right of way.
The commissioners also heard from Hardee regarding the Access Management Policy Variance Request/Lee Road 158 that was discussed at the Aug. 27 commission meeting. It was Hardee’s recommendation that the commission not approve the requested variance due to safety concerns. The commission voted unanimously to deny the request.
In other business, the commission:
• Roger Rendleman recognized Lee County’s Human Resources/Safety Manager Erica Norris for completing the course and receiving a Certificate in County Administration by the Association of County Commissions of Alabama (ACCA). Accounts Payable Representative Belinda Smith also was recognized but Smith was unable to attend
• approved claims and procurement card transactions from August
• received a collection site policy update from Commissioner Robert Ham
• received a target zero report from Commissioner Shelia Eckman. Eckman shared parts of her conversation with the leadership of animal control in Huntsville, Alabama regarding their experience with undergoing a target zero assessment.
• disapproved the retail beer license application for Papis Music Mix and Mingle D4. The matter was disapproved due to safety concerns and the number of negative responses received by property owners near the business. Out of the owners polled, 13 of the 22 objected to the business being granted a beer and wine license, two offered no opinion and seven stated no objection.
• approved an increase in the compensation for Beulah Utilities District Board Members brought forth by Commissioner Robert Ham. The compensation for board members will increase from $125 to $175 per month plus $25 a month per committee the member serves on. Compensation for the director will increase from $200 to $400 per month.
• approved and award the bid and contract for Inmate Phone Services by NCIC Inmate Communications
• approved Sheriff’s Jay Jones Request for variance on compensation due to the qualifications of certain applicants
• approved the access management policy variance request for Lee Road 10 by Bailey-Harris Construction Company, Inc.
• approved the request from Lee County Emergency Management Agency Director Kathy Carson for a storm shelter grant proposal for Smiths Station Senior Center. The total project will cost an estimated $69,096, with the grant from FEMA providing 75 percent or $51,822 and the county providing the remaining 25 percent or $17,274. Out of the local match, $12, 911.23 will be an “in-kind” match that includes site prep/ADA Parking and sidewalk preparations by the Lee County Highway Department. This leaves only $4,362.77 to be pulled from county funds. This safe room will be placed at the Smiths Station Sports Complex and will provide a safe location for those using the facility in the event of unexpected weather emergencies.
• approved the signing of the ACCA’s Safety Incentive Discount Program Verification Form
• Approved the use of contingency funds request for the Benefits Fair Funding. The Health and Benefits Fair will be held on Oct. 17.
• Held a discussion on the future Land Purchase for Loachapoka Recreation brought to the commission by Commissioner John Andrew Harris and several members of the community
The Lee County Commission meets the second and last Monday nights of every month and the meetings are open to the public.