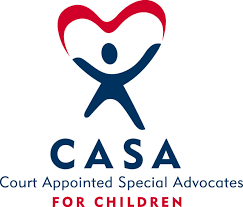 Since 2011, Lee County CASA has been providing another voice for children who are facing issues that will go before a juvenile court.
CASAs, or Court Appointed Special Advocates, are assigned to cases in conjunction with organizations such as DHR. Their job is simply to give the child another voice so that the best resolution can be found.
The program is made up of volunteers who are approved by a judge after going through a training course.
Jessica Crutchfield has been a CASA for three years and explained that though the job is difficult, it is also the most rewarding thing she has ever done.
“As a CASA you have to look at all aspects of the child’s life,” Crutchfield said. “You’ll go to the child’s school, speak with their doctors, really get to know both the foster parents and the biological family, and you’ll be the one constant in the child’s life. You will get to form a relationship with them. It’s hard, these cases are hard, and there were days when my husband and I knew I couldn’t do it anymore but at the same time there were days that were so rewarding that I also knew there was no way I couldn’t not be a part of this.”
Last year Lee County CASA had 36 active volunteers advocating for 102 children.
Family Court Judge Mike Fellows was instrumental in bringing CASA to Lee County.
First elected in 2010 Fellows began speaking out for the program. With the help of many other elected officials, CASA came to Lee County in 2011.
According to literature put out by CASA, Fellows said that having CASAs helps everyone involved in a juvenile case.
“CASAs help social workers, help foster parents, help biological parents and help the court.” Fellows said. “But most of all they help our children, sometimes forming bonds with children when no one else has been able to. I am really thankful for the program.”
CASA is in constant need of volunteers. For more information on how to get involved contact Pam Seidler at 334-502-8600 or email at pseidler@twincedars.com.