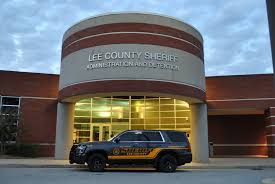 The ninth annual “Junior Deputy Camp” held by the the Lee County School Resource Program was last week.
Children had the opportunity to learn what a deputy does, such as making traffic stops, handcuffing, taser demonstration, SWAT demonstration, K9 demonstration, fingerprinting and many more activities. The program showed them what it is like to be a deputy officer and educated them on all that they do. They provide two basic classes and an advanced class for those who have come several years in a row. Event Organizer Cpl. Pam Revels said the reason behind the camp is to fully educate children on law enforcement’s role in society.
“We’re bridging the gap between law enforcement and our youth. We want them to understand that we are here to help them and in order to do that, show them what we do and how we do it,” Revels said.
Revels said that they have seen an increase in children wanting to participate over the years, with nearly 100 participants this year. “We’ve even had some that have grown up and gone to college, and we were able to write them a letter of recommendation for their college applications”, said Revels. LCSRP started enrolling kids around February by hanging flyers and having a sign up on their website. “We’re just thankful the sheriff allows us to do this and give back to the community to say we’re not just out there doing the regular patrol, but other things as well to ensure a partnership with the community,” Revels said.