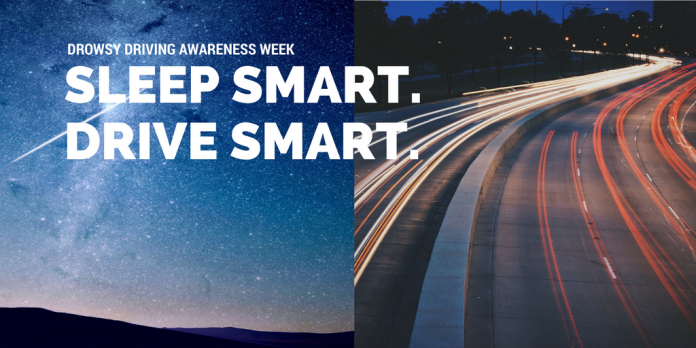 Between 2013 and 2017, more than 4,000 people were killed in car crashes in which drivers fell asleep or were too sleepy to safely operate a vehicle.
Nov. 19 was ‘Drowsy Driving Awareness Day’, and Alabama’s district attorneys joined with law enforcement and the sponsor of the resolution to create this awareness day to help bring public attention to what is a prevalent national public health and safety problem.
“Drowsy driving is a public safety issue that needs to be addressed,” said state Sen. Jimmy Holley. Holley is the sponsor of the resolution that created Drowsy Driving Awareness Day.
“We believe the public can rally around this problem and improve the safety of our roads by supporting drowsy-driving prevention efforts. By establishing a routine that fights fatigue and supports a healthy sleep lifestyle, we can save lives on the roadways.
“I am proud to continue the partnership with the Alabama Traffic Safety Prosecutor and the District Attorneys Association to promote our state’s Drowsy Driving Awareness Day.”
To highlight this growing problem, a press conference was held last week at the Alabama District Attorneys Association office, in Montgomery.
The legislature passed Holley’s resolution in 2016 establishing the awareness day in memory of Wendall Williams. Williams was killed in 2006 in a crash caused by a driver who apparently fell asleep.
According to Bill Lindsey, traffic safety resource prosecutor in the state Office of Prosecution Services, research has identified its principal causes of drowsy driving, special at-risk populations and effective countermeasures.
“Today’s fast-paced, high-stress world has caused everyone to deprioritize sleep,” Lindsey said. “Sleep is as important to our bodies as diet and exercise. Experts recommend 8.5 to 9.5 hours of sleep for teens and young adults, and 7 to 9 hours for adults. Sleep affects every part of a person’s life, including health, safety, mood, learning, appearance, relationships and productivity.
Nearly 70 million people in the U.S. have a sleep problem. According to the National Institutes of Health (NIH), up to 30 million of those problems are related to stress, anxiety and depression. Untreated sleep disorders and poor sleep habits contribute to accidents, impaired work productivity and poor academic performance. These problems reduce quality of life and cause poor health, even death.
Sleepiness has been identified as a causal factor in a growing number of highway automobile crashes. The National Highway Traffic Safety Administration estimates that at least 91,000 police-reported crashes each year are the direct result of driver fatigue. Some 55% of all crashes in which the driver fell asleep involved drivers age 25 or younger. Half of Americans consistently report that they have driven drowsy, and approximately 20% admit they have actually fallen asleep at the wheel in the last year.
Similar to alcohol and drugs, sleep fatigue impairs driving skills such as hand-eye coordination, reaction time, vision, awareness of surroundings, decision-making, judgment and inhibition. According to studies, someone who has been awake 24 hours has an impairment that is equal to having blood-alcohol content (BAC) of 0.10%. Keep in mind that under Alabama law, a driver is presumed too impaired to safely operate a vehicle at 0.08 % BAC.
Safety is not an accident; steps can be taken to be a safer driver and passenger. In order to reduce your risk of sleep fatigue and drowsy driving, get enough sleep, schedule breaks every 100 miles, arrange for a travel companion and avoid alcohol and sedating medications. If you take these steps and still feel drowsy, stop driving.