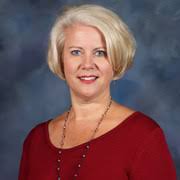 Laura Hartley, a respected community member and longtime educator at Southview Primary and Northside Intermediate schools, is retiring after a 26-year career in education. Hartley’s family moved to Opelika when she was five years old.
Growing up in the Opelika City School system, she credits her teachers for inspiring her to pursue a career in education and make a difference in the lives of others.
“I felt like they put their heart and soul into what I did. Education was a way that I felt like I could do that, one child at a time,” Hartley said.
A 1992 Troy University graduate, Hartley taught for a year in Georgia before returning home to Opelika to teach fifth grade at Northside Intermediate School, where she attended as a child.
According to Hartley, returning home was a special experience, as well as seeing her students grow and develop meaningful relationships with them.
When asked what the most rewarding experience was with being a teacher, she said it was seeing a child’s “light bulb come on.”
Hartley, who became Northside’s principal in 2013, said was also proud of Northside’s status as a “Leader in Me School,” where they teach students the “7 Habits of Highly Effective People,” based off a book written by Stephen Covey.
“Every child in this school is a leader in some way, it might be big and it might be small, but seeing the impact of the leader in me has probably been the best,” Hartley said.
When asked what her plans were after retirement, she said she plans to stay busy doing contract work for another school system.
“I’m not the person that’s going to retire and go home – I’m always going to do and be busy with thosetypes of things,” Hartley said.