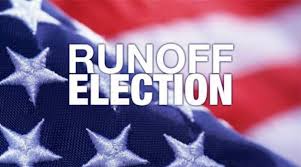 By Morgan Bryce and Anna Riley
For the Opelika
Observer

Following the June 5 primaries, Troy King and Steve Marshall will go head-to-head in a special run-off election July 17 to determine who will become the Republican nominee in the race to become Alabama’s next attorney general.
Multiple attempts to contact and request an interview from King were unsuccessful. Following are platforms and ideas that Marshall would hope to implement if elected.
What is the most important topic that you hope to focus on in the upcoming run-off?
Marshall: Prioritizing conservative Christian values
“Over the next few (days), I hope Alabama voters will see the stark differences between my opponent and me. We are very different candidates with two very different records. There is a reason that Troy King was fired from this job by the people of Alabama in 2010. During my time in office, I have proven that my priorities are defending life, protecting gun rights and supporting President Trump’s policies. Our campaign is focused on making sure voters see my commitment to the important issues our state is facing.”
If you were to win, what is the first thing you hope to accomplish?
Marshall: Fight for the safety of Alabama’s citizens
“My office recently launched a Violent Crime Initiative – a program focused on working with local, state and federal law enforcement to reclaim, restore and revive our neighborhoods. My top priority as the state’s chief law enforcement officer is to keep the people of Alabama safe, and I look forward to continuing this work after being elected to a full term.”
What is your strategy for the upcoming run-offs?
Marshall: Run with character
“My strategy for the run-off is to focus on running a positive campaign with integrity. My conservative record as Attorney General thus far speaks for itself, and I will continue working earnestly to serve the people of Alabama.”
What is one thing you want the voters to know about you?
Marshall: Faith means everything
“I am a long-time prosecutor, husband and a father, but the most important thing I want Alabama voters to know about me is that I am a follower of Christ. My faith guides the decisions I make in and outside of office.”