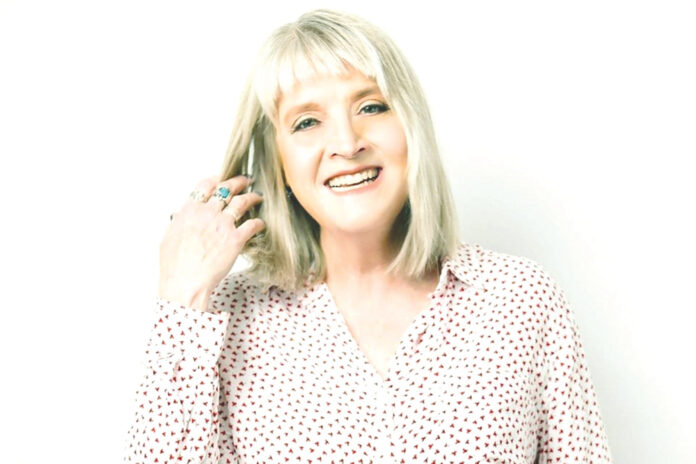 Kim Richey will make her long-overdue Sundilla debut on Friday, July 16. This will be an outdoor concert at Pebble Hill in Auburn. Showtime is 7:30 p.m. and a limited number of advance tickets are available for $18. Tickets can be found at Spicer’s Music, Ross House Coffee and online at www.sundillamusic.com. Admission at the door will be $22. Free coffee, tea, water and food will be available and the audience is invited to bring their own favorite food or beverage.

An Ohio native, Richey’s passion for music was sparked early on in her great aunt’s record shop where she would  scour the bins and soak it all in. She took up the guitar in high school and, while studying environmental education and sociology at Western Kentucky University in Bowling Green, she played in a band with Bill Lloyd. But it didn’t stick … not right away.

After Kentucky, Richey worked in nature centers in Colorado and Ohio, and traveled to Sweden and South America. She eventually landed in Bellingham, Washington, where she worked as a cook while her boyfriend went to grad school. Their deal was, she got to decide where they went after he graduated. One night in 1988, some old friends — Bill Lloyd and Radney Foster — rolled through town. She sold t-shirts at their gig, and they talked up Nashville. To drive the point home, Lloyd sent her a tape with Steve Earle and others on it. So taken by the songwriting, Richey and her partner loaded up their Ford F150 and headed to Music City.

In Nashville, Richey cooked at the famed Bluebird Café and gigged around town at writers’ nights. At a show one night at 12th & Porter, Mercury Records’ Luke Lewis approached her. In classic Richey fashion, she didn’t know who he was. Still, she went to a meeting with him and Keith Stegall, played one song, talked a lot  and got a record deal at the musical home of Billy Ray Cyrus and Shania Twain. Remembering the glory days of major labels in the ‘90s, Richey said, “They gave me way more than enough rope to hang myself with. I could do whatever I wanted.”

What followed was a career that has seen her release 10 albums (including a collection of her greatest hits), garner a Grammy nomination and work with some of the best in the music business. Her latest release, “The Long Way: The Songs of Glimmer,” is a re-imagining of her 1999 release “Glimmer.”

Through it all, Richey has worn her heart on her lyrical sleeve, revealing herself time and again. “I started writing songs because of Joni Mitchell, probably like most women songwriters of a certain age,” Richey said. “I loved being able to write songs because I was really super-shy. I couldn’t say things to people that I wanted to say. If I put it in a song, there was the deniability. If I ever got called on it, I could say, ‘Oh, heavens no, that’s just a song! I made that up.’”