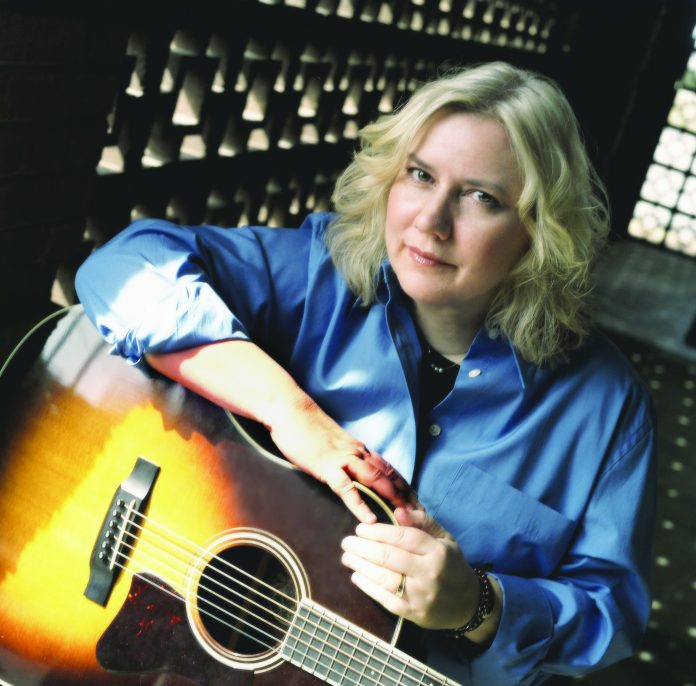 Southern singer/songwriter Kate Campbell will make her triumphant return to the Sundilla Concert Series Oct. 25.
Campbell writes and sings memorable folk songs infused with undercurrents of delta blues, folk, pop and country that originate from a musical landscape spanning the less-traveled back roads from Nashville to Muscle Shoals to Memphis. During the course of 20-plus years since her acclaimed debut album “Songs from the Levee,” she has resisted the temptation to follow musical trends but instead chooses to set the pace for her unique musical journey.
Campbell’s endearing, clear-water vocal delivery and her eloquent gift for storytelling have drawn repeated comparisons to such bastions of the Southern literary tradition as Flannery O’Connor, Eudora Welty, and William Faulkner. Her easy command of a full range of American musical styles has earned Campbell recognition as a formidable talent by critics.
Time Out London proclaimed Campbell a “major talent” while Chicago Daily Herald described her as a “world-class singer-songwriter.”
Americana stalwarts Emmylou Harris, Rodney Crowell, Nanci Griffith, Guy Clark, Maura O’Connell, John Prine, Mac McAnally, Buddy Miller, Spooner Oldham, and the heart of the Muscle Shoals classic soul and R&B hit-making machine are both admirers and collaborators in her distinctly literate musical vision.
Originally from the Mississippi Delta and the daughter of a Baptist preacher, Campbell’s formative years were spent in the very core of the Civil Rights Movement of the 1960s, and the indelible experiences from those times have shaped her heart and character, as well as her songwriting. Her music and songs continue to inspire and excite a growing and engaged audience.
Campell’s “Two Nights in Texas” CD received the prestigious Mississippi Institute of Arts & Letters Award. Ballet Memphis featured several tunes from her song catalog as well as a live performance by Campbell and band at a ballet entitled “South Of Everywhere.”
Three of Campbell’s songs were recently featured in documentary films. A variety of artists have recorded Campbell’s songs including Laurie Lewis, Ronnie McDowell, and the Nashville Bluegrass Band who covered her compelling snake-handling song “Signs Following.”
Campbell has performed at a number of esteemed venues such as the Cambridge Folk Festival, Merlefest, Philadelphia Folk Festival, Port Fairy Folk Festival, Timpanogos Storytelling Festival, and the National Storytelling Festival and been featured on NPR’s Morning Edition, All Things Considered, Live From Mountain Stage, and The Bob Edwards Show. Her quirky song “When Panthers Roamed In Arkansas” was included in the debut issue of The Oxford American’s ultra-hip Southern Music series.
Sundilla and The Draughon Center for Arts and Humanities are partnering together to bring this outdoor show to Pebble Hill. Advance tickets are $15, and a limited number of them can be found at Spicer’s Music, World Cup Coffee, and online at www.sundillamusic.com; admission at the gate will be $20.
Showtime is 7 p.m. Folding chairs will be available but guests are invited to bring their own. Free coffee, tea, water and food will be available, and attendees are invited to bring their own favorite food or beverage, but event organizers request that patrons bring no glass items.
Pebble Hill is located at 101 S. Debardeleben St. in Auburn.