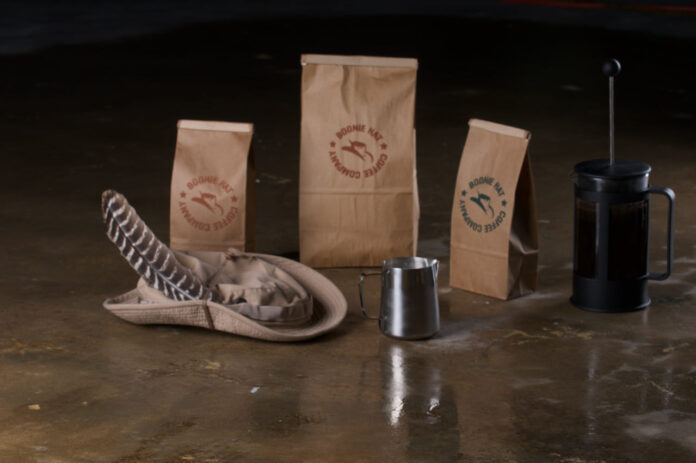 Boonie Hat Coffee Company is a new coffee shop that has recently opened in downtown Opelika. The shop is located inside Market Street Paint Shop at 116 S. 8th Street.

Owner Luis Saavedra started the company after serving in the Army for six years. During his tenure in the military in Southwest Asia, he was inspired to get more into the world of coffee after an experience he had with the type of coffee he was provided with while being in conditions he considers “pretty miserable.”

“The only coffee that we had was the little freeze-dried things that come in one of those government prepackaged meals,” he said. “It was like a government Folger’s, just something that never goes bad because there’s so many preservatives. After a month of drinking this stuff, I was thinking ‘there’s got to be a better way to do this.’

“Eventually, I returned home and I watched a YouTube video about how to roast your own coffee with an air popcorn popper. So, I started roasting my own coffee like that and I loved it and I haven’t bought store-bought coffee for I guess several years now.”

Not only has his time in the military impacted his love for the beverage, coffee also brings Saavedra a taste of his cultural roots. His father is from Bolivia and the shop has South and Central American offerings, something that “keeps [him] grounded.”

“Something that struck me was that we would go do social calls at relatives’ homes and they would serve this amazing coffee,” he said. “It was amazing because it was freshly roasted. It was grown right there. So very early on, I developed a taste for good coffee.”

Saavedra also shared with the Observer what made him want to open a coffee shop in downtown Opelika.

“What I’m also going for in a cup of coffee is I want the smoothest cup of coffee that’s possible that’s still accessible to working people,” he said. “I don’t want to price it ever beyond what a blue-collar worker can afford. So that’s kind of what I want to do. Am I looking to have the next coffee empire? No. This is something that I love.”

Boonie Hat’s coffee is air roasted and freshly grounded, a quality that is important to Saavedra. His reasoning for this is partially inspired by the coffee he had while in the military.

“I roast everything in house and most of all the coffee shop was roasted,” he said. “Coffee loses its best flavor after three weeks of being roasted and there’s no way to stop that process. Air and sunshine are the enemies of coffee, and it doesn’t matter if you take roasted beans and put them in the freezer or refrigerator it will not stop the process, it will make it worse and putting it in a hot car will make it worse. It will lose its best flavor more quickly. So, we intentionally keep the supply low here so that the coffee is always fresh here.”

Saavedra’s time in the military is evident in his shop — especially through the challenge coins that he keeps displayed. Each  one he said “represents a story.” Challenge coins are commemorative coins that honor military persons for notable achievements.

“Being a veteran, I am willing to share what I learned with any veteran,” he said. “So, any veteran that will come in to Boonie Hat Coffee Company and bring in their challenge coin, if he tells me his story, then he will get his coffee at a very substantial discount. So, I do appreciate and I want and welcome the camaraderie.”

Saavedra also has an online roasting business that ships coffee across the nation, a business that he  is looking to  grow. According to him, he’s also shipped coffee to places outside of the States such as Belgium and Japan.

On top of growing the online business, he also wants Boonie Hat to be a place for connection and not in the digital sense.

“I want Boonie Hat Coffee [to be] where people leave their cares of the world behind and not necessarily be the place where you’re going to have free WiFi and everybody has their face buried in the device,” he said. “Where you would meet somebody that you haven’t met before and find something in common with them. So there’s that aspect of that. I want to facilitate community with Boonie Hat Coffee.”

Saavedra talked about his favorite parts about opening a coffee shop, but the sense of community is one factor that he always comes back to.

“My favorite thing about it the coffee business is, particularly about a roastery and a café, is that it kind of feels like a bar,” he said. “What makes a coffee bar unique is that you remember the fun that you had the night before. And there’s conversations – you get to hear people’s stories and that’s really what I love about the coffee business. [It’s] providing a venue for that sort of thing to happen.”