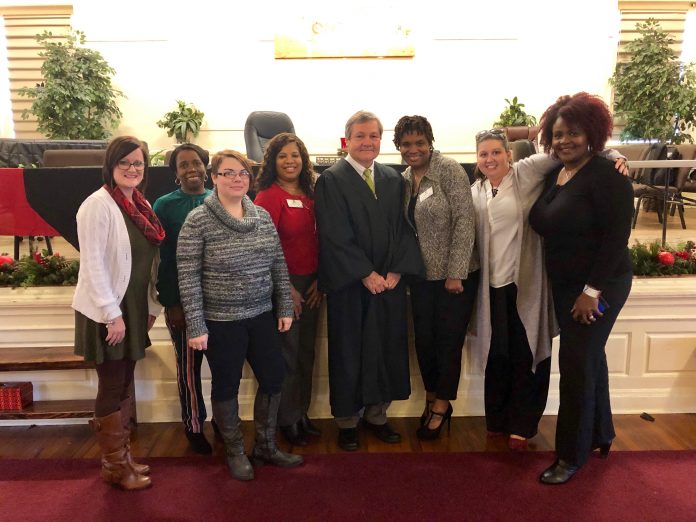 The City of Opelika would like to congratulate Judge H. Kenneth Wilkes on his retirement after serving more than 30 years of as Opelika Municipal Court Judge.
“Judge Kenny Wilkes has served this city with distinction for many years. As the Presiding Judge in our Municipal Court, he has heard thousands of cases during his time on the bench. I believe he has been fair and compassionate when dealing with people who have broken the law. It’s not an easy job but Judge Wilkes was always professional. No question he will be missed,” said Mayor Gary Fuller.
Wilkes accepted his appointment as Opelika Municipal Judge on March 15, 1988. During his tenure as municipal judge, he also maintained a private law practice and worked as a part-time assistant district attorney for Lee County.
“I would like to thank the City Council for giving me the opportunity to serve our community in this capacity. I would like to thank Municipal Court Clerk Anita Comer, the probation officers, along with their staffs for their dedication and hard work. Lastly, I would like to give special thanks to Guy Gunter for being my Court’s prosecutor during all this time,” Wilkes said.
An Opelika native, Judge Wilkes is married to Earle Hobbs Wilkes.
They have two children, Emily Wilkes Garner and Samuel Kenneth Wilkes, and four grandchildren. They are active members of First United Methodist Church of Opelika.
Wilkes is an active member of the Opelika community. He has served as on the board of directors for the Opelika Chamber of Commerce (1998), the board of directors for the Opelika Kiwanis Club (1985–1986), the board of trustees and the finance committee at the First United Methodist Church of Opelika, as president, vice-president and secretary-treasurer for the Lee County Bar Association and as president of the Lee County University of Alabama Alumni Association.
He is also a member of the Alabama State Bar, the Farrah Law Society, the East Alabama Arts Association and the Opelika Historical Preservation Society.