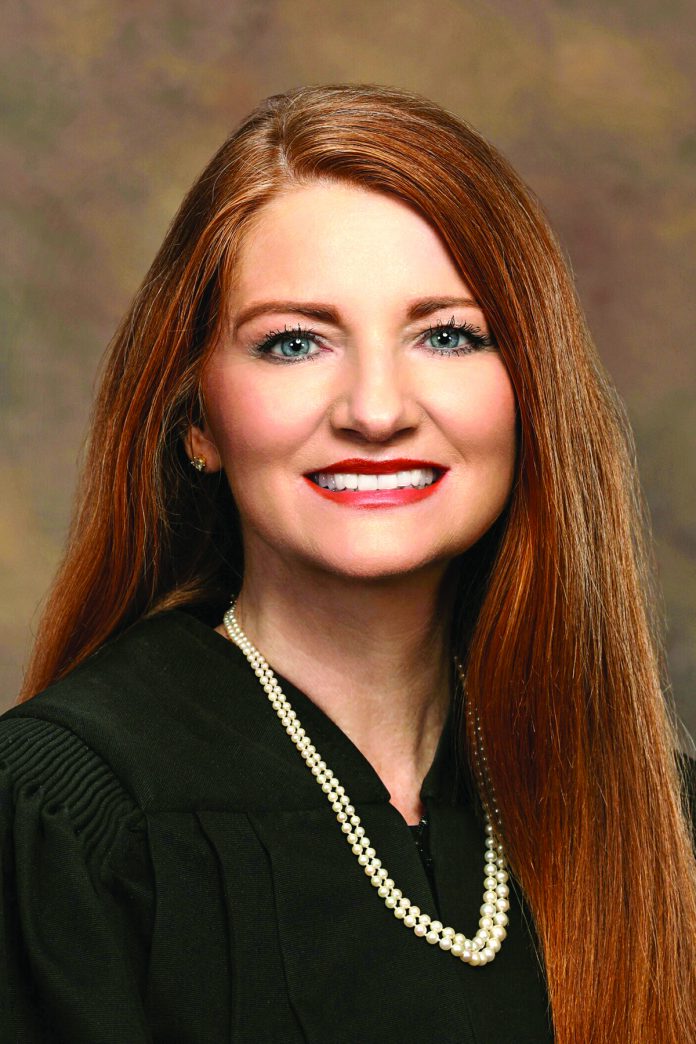 Circuit Judge Debra Jones has qualified as a candidate for the Alabama Supreme Court, Place 1. She has been a Circuit Judge in Calhoun and Cleburne counties since 2010. Judge Jones, a Republican, is running for the open seat created by the resignation of Justice Glenn Murdock. The Republican primary is June 5, 2018.

“My judicial philosophy is that judges should follow their oath of office by respecting the rule of law, by strictly interpreting the law according to the constitutions as they are written, and by applying the law without fear and without favor.  As Circuit Judge with years of criminal and civil jury trial experience, I have served with integrity, discernment, and honesty.  I have consistently and fairly applied the law equally to everyone according to the constitutions of Alabama and of the United States.  As an attorney, I have practiced in many areas of the law, particularly in criminal, civil, probate, juvenile, and family law. This invaluable experience will be an asset to the Alabama Supreme Court and the people of Alabama.”

Judge Jones has a distinguished 28 year legal career.  Before her election to the bench, Jones served the citizens by advocating for the rights of abused women and children.  She began her legal career as a prosecutor in the District Attorney’s office where she founded the Calhoun Cleburne Children’s Advocacy Center.  The children’s center is a professional residential place for children to be interviewed by trained counselors when they have been victims of abuse or neglect. Jones wrote the Sexual Torture Act, which criminalized the sexual abuse of any person with an inanimate object as a class A felony and she wrote the Felony DUI Act.  After forming her own practice, Judge Jones co-founded Daybreak Rape Crisis Center, a free counseling center for rape victims.  She also founded and operated Mercy House, a faith-based domestic violence shelter for women and children.

Judge Jones is a graduate of the University of Alabama and of Cumberland Law School.  Jones and her husband, William, have been married 26 years and have five children.  Three children attended Alabama colleges with two having recently graduated and one completing a degree.  Two children are in public high school.  “Alabama is our home.  We were born, raised, and educated in Alabama.  We have lived, worked, and worshiped here our entire lives.  I want to give back to this great State by serving on the State’s Highest  Court.”