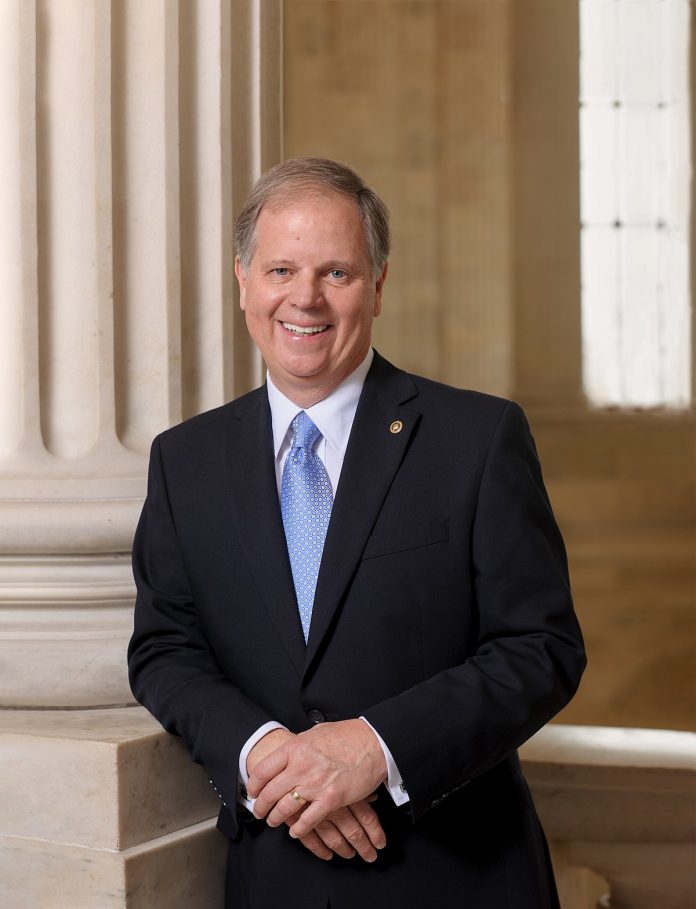 By Sen. Doug Jones and Congresswoman Terri Sewell
Special to the Opelika Observer

In the last eight years, 13 Alabama hospitals — seven of which have been in rural areas — have been forced to shutter their doors. Not only did these hospitals provide lifesaving care in their communities, they also employed hundreds of Alabamians.
Many of the rural hospitals that are still hanging on have had to cut essential services, such as labor and delivery. In 1980, hospitals in 45 of Alabama’s 54 rural counties provided obstetrical services. Today, just 16 of them offer these services – and we are seeing the effects reflected in dismal maternal health outcomes across the state. We are in a crisis.
Last year, we sat down with Centers for Medicaid and Medicare Services (CMS) Administrator Seema Verma and Senator Shelby about the ever-growing challenges our medical providers, especially Alabama’s rural hospitals, are facing. One of the greatest challenges our hospitals face are the inexplicably low Medicare reimbursement rates resulting from the flawed area wage index formula, which calculates how much Medicare reimburses hospitals for the services they provide. As this crisis has continued to worsen, the entire Alabama congressional delegation sent Administrator Verma a bipartisan letter urging the agency to provide relief for Alabama hospitals.
Administrator Verma announced recently that she heard us loud and clear – CMS is now planning to address disparities in the area wage index formula and increase Medicare reimbursements for Alabama’s hospitals. CMS’ proposed change will help struggling hospitals in low-income states like Alabama provide critical care and keep their doors open.
While this proposed change is a big win that we have been working toward for many years, there is still work to be done to support our hospitals and health care providers so they can meet health care needs in all of our communities.
However, this wage index update is just a first step. Importantly, Governor Ivey and the state legislature should expand Medicaid. This would be the best way to help shore up Alabama’s rural hospitals and improve health care affordability, access and quality across the state – and provide a boon to our economy, as well.
Medicaid expansion has proven to be a life-or-death issue for health care providers and patients in many states: almost 90 percent of rural hospital closures have occurred in states that did not expand Medicaid. With 88 percent of Alabama hospitals operating in the red, we simply cannot afford the status quo.
What’s more, while other states like California and New York benefit from coverage expansions, funded in part by Alabama taxpayers who are not receiving the same benefits, some 320,000 Alabamians remain uninsured because of the state’s refusal to expand Medicaid. We know that access to good primary care results in people living longer and healthier lives, but too many working Alabamians fall into the Medicaid gap and can’t afford even basic primary care. This means that hundreds of thousands of Alabamians are foregoing medical care. And when people forego primary and preventative care, our emergency rooms fill up and we all pay the price. Furthermore, it’s not just those on Medicaid who suffer when rural hospitals close – it causes everyone in the community to lose access to the health care they rely on.
Alabama has one of the most bare-bones Medicaid programs in the country. Adults who don’t have children don’t qualify. And parents who have children only qualify if they make 18 percent or less of the federal poverty line, which amounts to less than $3,000 a year for a family of two.
Our state leaders proudly claim to value work, but our Medicaid program is notorious for leaving the working poor behind, with no assistance to afford health insurance. Medicaid expansion would allow Alabamians making up to $23,336 a year for a household of two, or 138 percent of the poverty level, to receive health care they can afford.
Moreover, if Alabama expands Medicaid, it could generate $2.7 billion in annual economic activity in addition to helping shore up our rural hospitals and local economies. If our state had chosen to expand, we could have seen approximately 12,000 new jobs across all sectors of Alabama’s economy in 2016 alone. Rural hospitals are often the largest employer in the region, and they serve as economic drivers for their communities. In addition to being essential to providing care Alabamians need and keeping our rural hospitals open, state leaders should see Medicaid expansion for the economic boon that it is.
For all these reasons, we introduced legislation to incentivize Alabama to expand Medicaid by guaranteeing a 100 percent federal match for the first three years. Regardless of our state’s past resistance, we believe the federal government should give Alabama another chance to do right by our citizens and expand Medicaid.
We are doing our part to shore up our rural hospitals and increase access to health care for working Alabamians, and Administrator Verma is finally acting on the wage index. We hope Governor Ivey and the state legislature follow suit by doing the right thing and expanding Medicaid. Alabamians and our hospitals are depending on it.