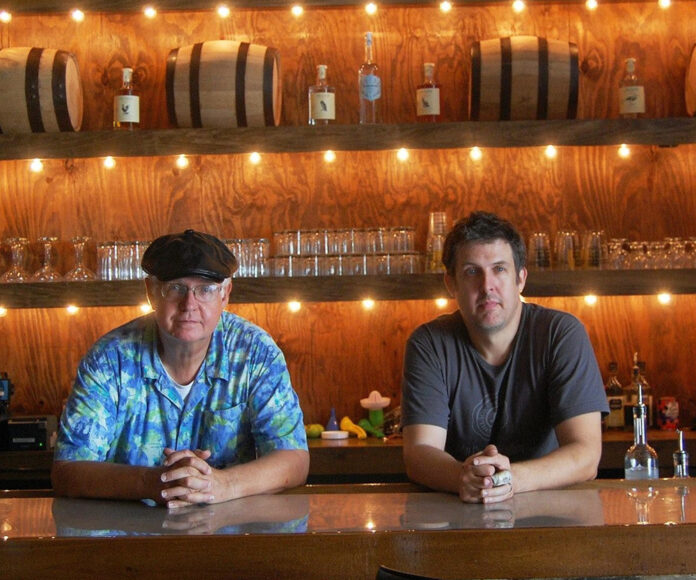 Contributed by the
Opelika Chamber of Commerce

Nominated by the Opelika Chamber of Commerce, John Emerald Distilling Company was chosen as one the three finalists to win the Small Business of the Year within the 1-10 employee category. The businesses were judged on leadership and community support, chamber involvement and business success.

Opelika Chamber President and CEO Ali Rauch said, “John Emerald quickly came to mind when we got this award application. The Chamber has hosted many events there over the years. Their generous arms are always open to the Chamber in support of everything we do. Their lovely venue is an excellent place for a Business After Hours, Legislative Reception, Twenty Under Forty get together and Christmas Party. They have donated numerous bottles of their famous whiskey, gin, vodka and others for our Opelika Gift Baskets. We are so fortunate to have them in our community and as a Chamber member.”

Honoring their forefathers by making the finest spirits available, John Emerald Distilling Company has proven their leadership both in their industry and in the community. They made the first legal whiskey distilled in Alabama since Prohibition. For over 100 years, whiskey poured from illegal stills in the woods of the South, but in 2015 John Emerald began distilling a distinctive whiskey that can truly be called Alabama Whiskey. The spirit is not bourbon; it’s not corn or scotch. It is a distinctive style of whiskey distilled and bottled only in Alabama.

The distillery always looks for the good in people and care deeply about the community. They look for opportunities to give back. A great example is the many charities they help by donating or providing event space. Since its inception in 2015, the distillery has engaged with the community through donations to local charities such as Storybook Farm, the Make-a-Wish Foundation, Children’s Harbor, Back the Badge Lee County, Food Bank of East Alabama, Auburn Hospitality and Flags For Vets. It also hosts various events for non-profits at no cost in their tasting room. Whenever possible, John Emerald tries to use its resources and space to add value to the local community.

Before COVID-19, they offered Monday Maker’s Day, where interested individuals could see the entire process of spirit production, which includes mashing, fermentation and distillation. Tours of their barrel storage room, warehouse, production area, bottling line and testing still were also available before the pandemic. Tens of thousands of bottles are bottled each year. Many outside groups visit the distillery annually. Auburn Opelika Tourism has it listed as one of their main reasons to visit the Opelika area. They are hoping to get back to hosting the Monday Maker’s Day and tours soon.

Recently, John Emerald took on the task of creating hand sanitizer according to FDA guidelines. They offered it to hospitals, businesses and individuals. Many areas outside of the Opelika-Auburn area and out of state benefited from this endeavor. They told everyone it was a blessing to be able to create the much-needed PPE for the community.

John Emerald has been growing every year since its beginning. The brand has expanded distribution to seven states, won over 10 international medals for excellence and been featured in numerous magazines.

•  Wayfair: Representing Alabama in “Whiskey Your Way Through the USA Whiskey Guide

•  USA Today Eats: “Made in Alabama: Flavors only found in the Heart of Dixie”

•  Esquire: Representing Alabama in “The Best Whiskeys in Every State Right Now

•  Food Network: “The Emerald” featured in The Food Networks “50 States of Frozen Drinks”

•  Southern Living: Winner of a 2016 Food Award in the Spirits Category

•  Southern Living: The John Emerald Tasting Room listed as one of the Top 38 bars in the South

•  KRRB: Featured in “Made in American – More Handmade, Eco-friendly and Small Batch Goods from the South”

“John and Jimmy always try to see the good in people and care deeply about the community. They look for opportunities to give back. A great example is the many charities they help with donations or providing event space. And of course, the huge impact they made with making the sanitizing liquid. John and Jimmy truly want to make a difference in their community by doing their part in making Opelika a better place than when they first arrived. They are the type of people you want to hug – even in this crazy pandemic,” said Opelika Chamber Marketing and Communications Director Dinah Motley.

About the Opelika Chamber of Commerce

Founded in 1941, the Opelika Chamber has been serving the Opelika business community for over 75 years. Under the leadership of Ali Rauch, the president and CEO, a staff of four work diligently to be the prominent, focal business organization supporting economic growth while sustaining a better quality of life for the community through multiple partnerships. The Opelika Chamber of Commerce promotes and fosters economic and business success, maximizes member investment, while enhancing the community.

Business is Booming in Opelika